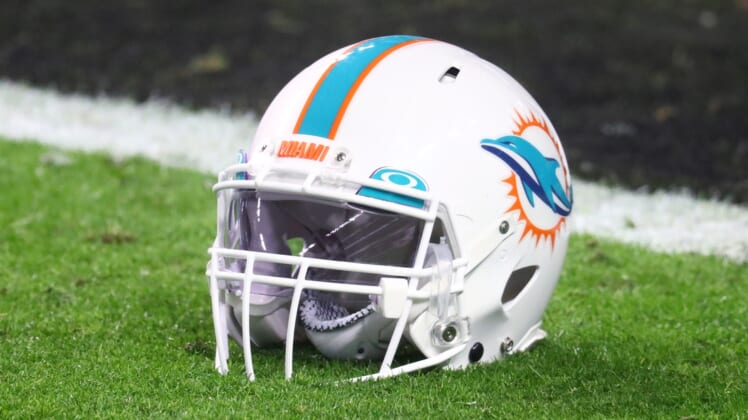 The San Francisco 49ers acquired the No. 3 overall pick in the 2021 NFL Draft from the Miami Dolphins, multiple outlets reported Friday.

That 12th overall pick didn’t stay with the Dolphins for long. Miami sent it, along with the 123rd overall pick and a 2022 first-round selection, to the Philadelphia Eagles in exchange for the No. 6 and 156 overall picks in 2021.

The Dolphins initially acquired the third overall pick as part of the trade that sent left tackle Laremy Tunsil to the Houston Texans in September 2019.

While Miami has Tua Tagovailoa as its starting quarterback, the trade now puts the 49ers in play to land one of the top-tier QBs of the draft. Clemson’s Trevor Lawrence is the presumptive No. 1 pick by the Jacksonville Jaguars, while the New York Jets (at No. 2) will have a choice between BYU’s Zach Wilson, Ohio State’s Justin Fields, North Dakota State’s Trey Lance or Alabama’s Mac Jones.

ESPN reported that the 49ers plan to keep quarterback Jimmy Garoppolo in the fold.

Garoppolo, 29, was acquired in a trade from the New England Patriots in October 2017 and guided the 49ers to a Super Bowl appearance following the 2019 season. Garoppolo signed a five-year, $137.5 million contract extension with the 49ers on Feb. 8, 2018, and his cap hit this season is $26.4 million.

Philadelphia’s decision to trade away the sixth overall pick likely means it will stay with second-year quarterback Jalen Hurts as their starter. Veteran Joe Flacco signed a contract with the team this week.