Does Deron Williams Make the Dallas Mavericks a Title Contender?

Deron Williams wasn’t happy playing for the Brooklyn Nets. So, instead of completing the final two seasons of his contract, the point guard accepted a buyout and soon agreed to a deal with the Dallas Mavericks.

Per ESPN’s Tim MacMahon, Dallas coach Rick Carlisle was excited about the addition. He said of Williams:

“I’m a longtime fan. When this situation popped up, it was almost like it was too good to be true. He’s a tremendous player, and he’s coming home.”

In 2014-15, the 31-year-old battled through one of the least efficient seasons of his career, tallying 13.0 points and 6.6 assists per game while shooting a personal-worst 38.7 percent from the field. A fresh basketball home should benefit Williams, and he’s a significant upgrade for the roster at point guard.

But he’s not the missing piece to the team’s championship puzzle. Even after the signing, the Mavericks are lagging behind in a Western Conference arms race that has only intensified during the summer.

Dallas allowed defensive-minded center Tyson Chandler to leave town in order to pursue DeAndre Jordan, who initially committed to the Mavericks. But when Jordan changed his mind and returned to the Los Angeles Clippers, Dallas lost a game-changing weapon. 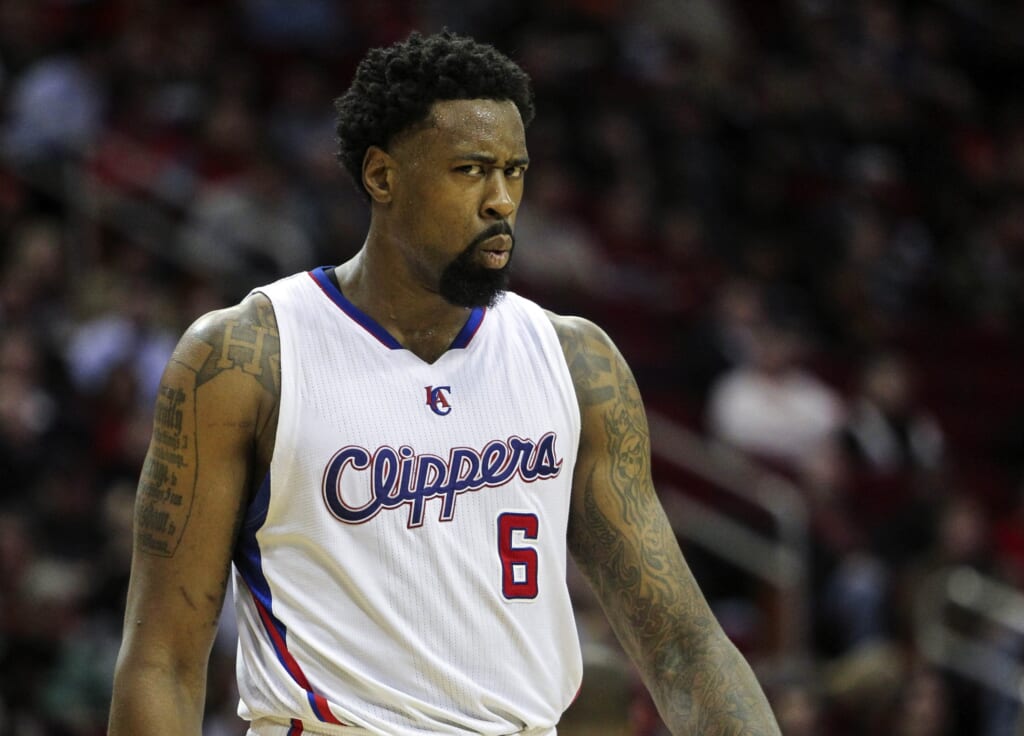 Courtesy of USA Today Images: Jordan’s decision leaves the Mavs at the bottom of the Western Conference playoff picture.

The Mavericks added a terrific perimeter threat in shooting guard Wes Matthews to complement small forward Chandler Parsons, then acquired Zaza Pachulia from the Milwaukee Bucks to fill their void at center.

However, Matthews must recover from an Achilles injury, and history isn’t on his side. Pachulia and Dirk Nowitzki aren’t exactly a tantalizing frontcourt, especially against the Memphis Grizzles, San Antonio Spurs or Clippers.

An underdog story is fun, but the Mavericks don’t have the depth to contend in the West. J.J. Barea, Raymond Felton, Richard Jefferson, Charlie Villanueva and Jeremy Evans would’ve been an interesting unit in 2012.

The Mavericks improved by signing Williams. But he’s not a championship-worthy fix.