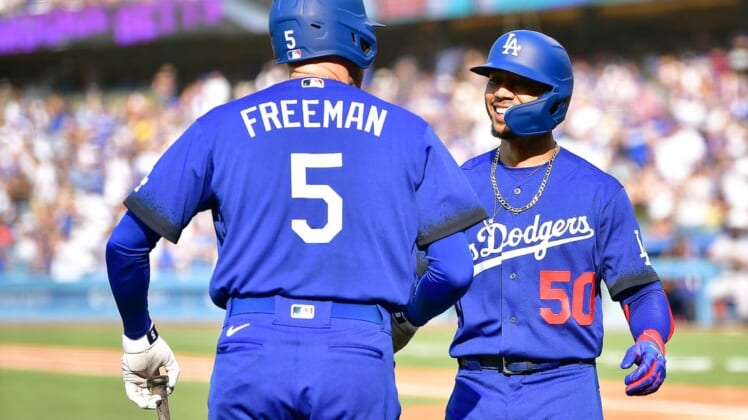 Austin Slater had two hits and a walk but struck out to end the game with the tying run on base in the ninth inning. Left-hander Alex Wood, a former member of the Dodgers’ rotation, fell to 0-4 against Los Angeles in five starts since he left the club and joined the Giants.

Wood kept the Dodgers in check the first time through the order but was roughed up immediately when the lineup turned over. Betts hit a two-out home run just over the left-field wall in the third inning and Turner followed with a blast to center field.

It was the team-leading 22nd home run of the season for Betts, while Turner went deep for the 15th time.

Urias (9-6) gave up just two hits with two walks and five strikeouts. He has allowed just one run in 13 combined innings over his last two outings.

The Dodgers added another two-out run in the sixth inning when Gavin Lux’s triple scored Cody Bellinger for a 3-0 advantage. Freeman’s home run came in the seventh inning, his 15th of the season and fifth in his last nine games.

The Giants spoiled the shutout with two outs in the ninth inning on RBI singles from Luis Gonzalez and Joey Bart. Dodgers left-hander David Price struck out Slater for his first save of the season and the second of his 14-year career