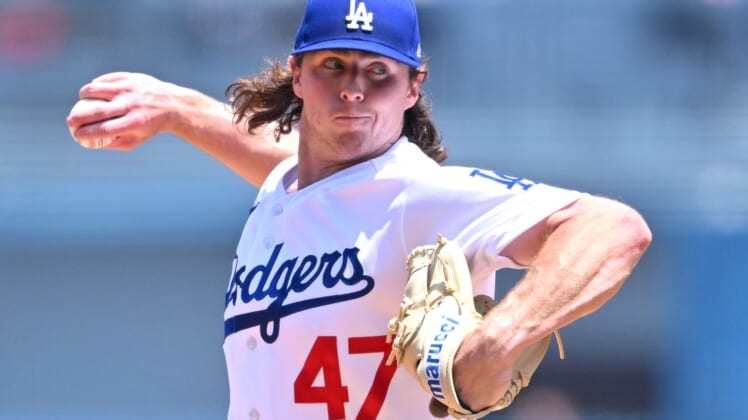 The Dodgers recalled right-hander Ryan Pepiot for the third time this month and scheduled one of the organization’s top pitching prospects to start Friday night’s road game against the Arizona Diamondbacks.

Pepiot, 24, has made two previous starts this season, including one against Arizona on May 17. He received a no-decision after allowing three runs to the Diamondbacks on two hits over four innings.

In seven major league innings over his two outings, Pepiot has eight strikeouts, but he also has allowed eight walks. He made his major league debut May 11 at Pittsburgh.

The former third-round draft pick is 3-0 with a 1.72 ERA in seven starts with Triple-A Oklahoma City this season.

To make room on the active roster, the Dodgers optioned right-handed reliever Phil Bickford to Oklahoma City. Bickford, 26, has a 3.45 ERA in 17 appearances this season.