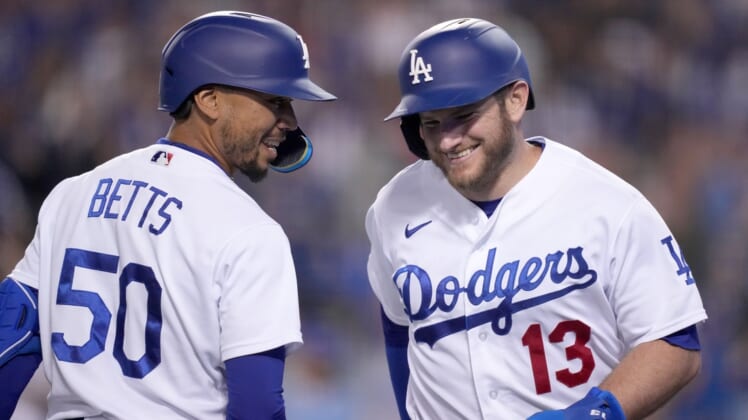 The Los Angeles Dodgers have pitched better than any team in the majors through the first month of the season.

That does not bode well for a Chicago Cubs team that’s currently scuffling at the plate.

The Dodgers eye a fourth consecutive victory Friday when they open a three-game road set at Chicago, trying to hand the Cubs a third straight defeat.

Los Angeles closed April with a 5-1 loss to Detroit on Saturday, then outscored the Tigers and rival San Francisco Giants 18-5 to win three in a row.

After allowing a run in each of the two games against the Giants, the Dodgers enter play Thursday leading the majors in fewest runs allowed (57), team ERA (2.21) and opponents’ batting average (.190).

Only four times in their first 23 games have the current NL West division leaders yielded more than three runs.

“Top to bottom, we have a lot of good arms,” Dodger manager Dave Roberts said, according to the Los Angeles Times.

Scheduled Friday starter Tyler Anderson (2-0, 2.55 ERA) has fared well, whether starting or out of the bullpen. After his first two appearances came in relief, Anderson has allowed three runs and nine hits while striking out seven and walking four over 9 2/3 innings in two straight starts for the injured Andrew Heaney.

The left-hander yielded one of those runs over five innings of a 5-1 victory over the Tigers last Friday.

“I feel good. I feel fine. I can go whenever,” said the 33-year-old Anderson, who is pitching for his fifth major league team. “I just want to throw meaningful innings, obviously.”

Anderson is 2-1 with a 3.15 ERA all-time (three starts) at Wrigley Field. He allowed two runs over eight innings on May 9, 2021, while pitching for Pittsburgh.

“There’s times where we’re just one hit away,” said second baseman Nick Madrigal, who is 6-for-13 in his last five games.

“I really don’t think we’re far off and need to change any game plans or anything. I just think it’s part of baseball.”

The Cubs swept a three-game, May home set from the Dodgers last season. But after dropping their third straight at home, 4-3 to the White Sox on Wednesday, they are 1-7 at Wrigley Field since winning three of their first four.

Cubs manager David Ross has not named his starting pitcher for Friday. Left-hander Drew Smyly, 1-2 with a 2.79 ERA in four starts this season, could be available if activated from the bereavement list.

Chicago pitchers will have to deal with Dodgers star Mookie Betts, who is batting .344 without a strikeout in nine games after hitting .189 and fanning 16 times in his first 13 this season.