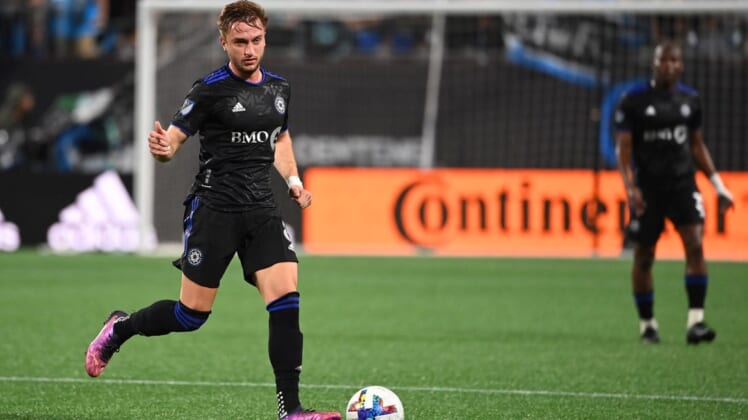 Djordje Mihailovic is back and appears to be in good shape, giving CF Montreal another boost to the lineup.

The midfielder played 30 minutes as a substitute last weekend and could be on the field for a longer stretch when CF Montreal face D.C. United on Saturday night in Washington, D.C.

Mihailovic, 23, returned from a seven-week absence because of an ankle injury.

“It was a little bit difficult for him in terms of rhythm because Djordje is one of the better guys in terms of being able to run for a long time and repeat the action at a high intensity,” Montreal coach Wilfried Nancy said.

“It’s important to be smart with my minutes,” Mihailovic said. “We still have a long stretch of games left and there are playoff chances. There’s not really a need to rush things right now.”

D.C. United (5-11-3, 18 points) are on a three-game MLS winless streak and have the fewest points in the league. They haven’t won a home match since May 7.

That slide doesn’t include Wednesday night’s 6-2 home loss to FC Bayern Munich in a much-anticipated friendly.

D.C. United signed free-agent midfielder Ravel Morrison on Thursday, but it’s unclear when he will take the pitch.

“I can’t wait to see all the support and get going,” Morrison said.

This reunites Morrison with new incoming coach Wayne Rooney as they were together with Derby County.

“Working with Wayne is enjoyable,” Morrison said. “He gives you that freedom on and off the pitch.”

Also joining D.C. United this week is forward Miguel Berry, who was acquired from the Columbus Crew. He had two goals in 16 MLS games with the Crew this season. Berry played 45 minutes in Wednesday’s friendly.

The United will have forward Martin Rodriguez available for his team debut Saturday. Interim coach Chad Ashton said Rodriguez’s visa situation has been cleared up and he has been training with the team.

CF Montreal snapped a two-game skid by winning against visiting Toronto last Saturday. This trip to Washington marks the lone away match during a four-week stretch.

These teams will meet again Oct. 1 in Montreal.