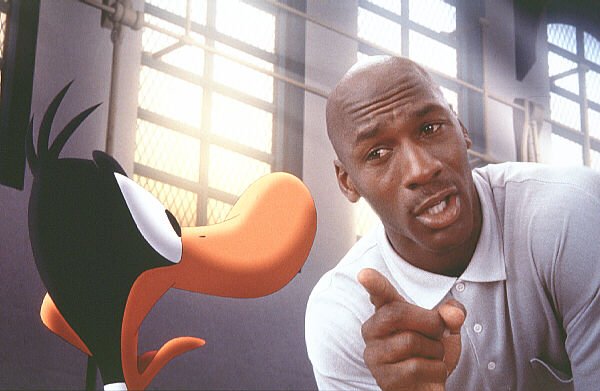 Rumors have floated about for the past couple years that there could very well be a sequel to the 1990s cult hit Space Jam on the horizon.

Said rumors have included new Los Angeles Lakers star LeBron James, who himself is about to star in a motion picture.

James’ move to Los Angeles wasn’t just about basketball. As a co-founder of SpringHill Entertainment production company with pal Maverick Carter, James’ post-NBA career will be spent in the entertainment industry. Hello, Hollywood.

Put everything together, and it seems we have the perfect storm for a sequel to Michael Jordan’s and Bugs Bunny’s all-time great sports movie.

It now appears that James’ production company is playing right into the rumors. Just check out this recent tweet SpringHill sent out.

A new generation of NBA stars could very well star in this movie. The idea would be James leading a group of NBA players and cartoon characters against the Monstars. In this case, the two-time defending champion Golden State Warriors.

It just seems too good not to happen. SpringHill obviously agrees.