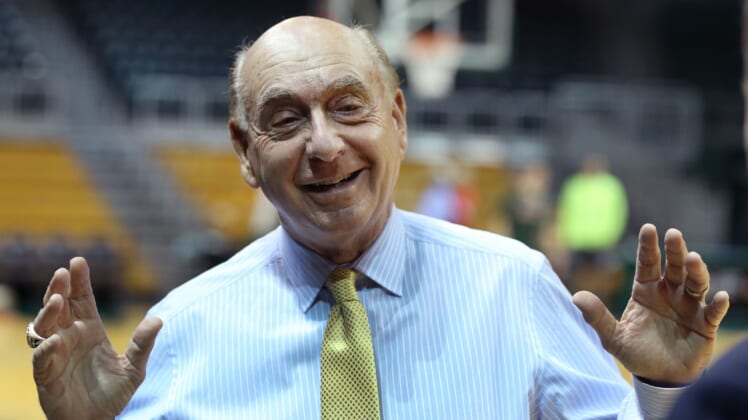 Might Rick Pitino be returning to a sideline near you sometime soon? If longtime college basketball commentator Dick Vitale gets his way, then yes.

Hey on this NEW YEAR’S DAY / @UCLA lovers pls give a call to AD Dan Guerrero who I respect & tell him to hire RICK PITINO / they will be Top 10 & relevant INSTANTLY / yes will take lots of GUTS to get that done but the rewards would be SUPER! @latbbolch @BillPlaschke

This would unquestionably be a controversial move. Pitino left Louisville in disgrace back in 2017 as a result of a “pay for play” recruiting scandal in which he profited greatly.

Pitino is currently coaching Panathinaikos B.C. — a pro Greek team — for the remainder of the season.

UCLA started the season 4-0. Since then, the Bruins have won only three of nine games to fall to 7-6. A 73-58 loss to Liberty was UCLA’s fourth-straight loss. Shortly thereafter, coach Steve Alford was fired.