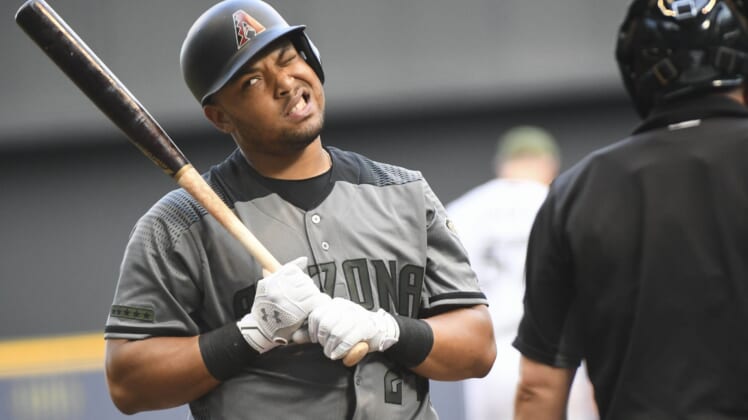 Arizona Diamondbacks outfielder Yasmany Tomas finds himself in a bit of trouble with authorities after being pulled over driving his 2015 Mercedes 150 mph on a Valley freeway early Thursday morning.

Tomas, 27, was arrested for reckless driving and criminal speeding.

According to KTAR News in Arizona, Tomas was booked into jail and his car was impounded. The details of the arrest are pretty alarming.

“Arizona law states that a driver can be arrested for exceeding 35 mph near a school zone, 20 mph over the given speed limit or going faster than 85 mph on any road,” the report read.

If that was indeed the case, Tomas was putting young children at risk by driving so recklessly near a school. He was pulled over at 9:26 in the morning, which means kids could have very well been about.

“We are very disappointed to learn of this news,” a team spokesman said. “We are still gathering facts, and will refrain from further comment at this time as this is a pending legal matter.”

Tomas faces up to 30 days in jail and a $500 fine if convicted on the criminal speeding charge.