Diamondbacks welcome back Ron Gardenhire after battle with cancer 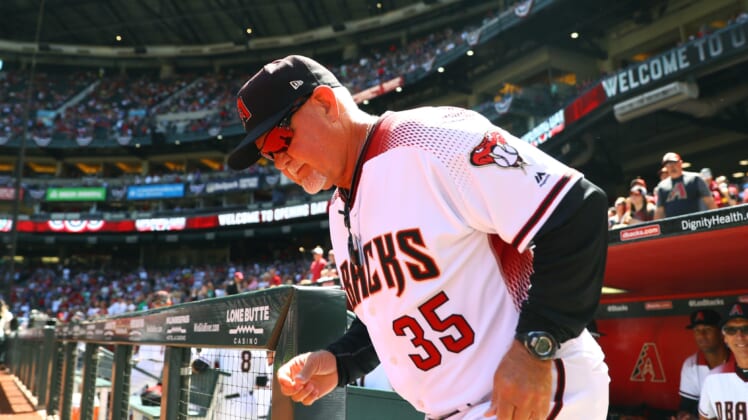 The Arizona Diamondbacks are welcoming back bench coach Rob Gardenhire, who missed time after being diagnosed with prostate cancer.

Monday night, the team announced on Twitter Gardenhire would be back returning to his duties for the first time this season.

Tonight, Ron Gardenhire will return to his role as #Dbacks bench coach. pic.twitter.com/nIexqNmAia

Back in February, the Diamondbacks announced bench coach Ron Gardenhire had been diagnosed with cancer and that he would require surgery.

#Dbacks bench coach Ron Gardenhire has been diagnosed with prostate cancer. Please join us in sending well wishes to Gardy and his family. pic.twitter.com/RKRyuuVTyS

The Triple-A Diamondbacks affiliate Reno Aces had hired Jerry Narron in the offseason as the manager of the team. Following the news, Narron took over bench coach responsibilities with the big league club. Hitting coach Greg Gross took over managerial duties while Narron spent time with Arizona.

“Gross has been doing a fantastic job in his interim role,” explained Public Relations Manager for the Reno Aces, Jackson Gaskins.

The Aces are currently 22-15 with Gross as the skipper. The team also leads the Pacific Coast League in batting average (.306.)

No comment has been made on when Narron will return to Reno.