On the surface, the five-year, $70 million contract Dez Bryant signed with the Dallas Cowboys on Wednesday appears to be a win-win for both the wide receiver and the team. The annual average of Bryant’s deal makes him the second highest-paid receiver in the NFL (tied with Demaryius Thomas). If Bryant is still on the Cowboys roster after the fifth day of the league year next March, his total guarantees will also come in second behind Calvin Johnson among NFL wide receivers.

The most common theme from both the media and fans on Wednesday was that Bryant got paid. While that may very well be the case, it’s not really the point here. Working against a stacked deck due in large part to the collective bargaining agreement, Bryant didn’t have much leverage during extension negotiations with the Cowboys. And once the team hit him with that dreaded franchise tag, any leverage was pretty much gone. That’s why the receiver settled for just $2 million more annually than Mike Wallace received back in 2013.

Bryant’s remaining options, all of which he came close to exhausting, would have painted him in a bad light if he had completely followed through with them.

By taking to social media to air his grievances, Bryant was seen as the very same immature personality the Cowboys drafted back in 2010. 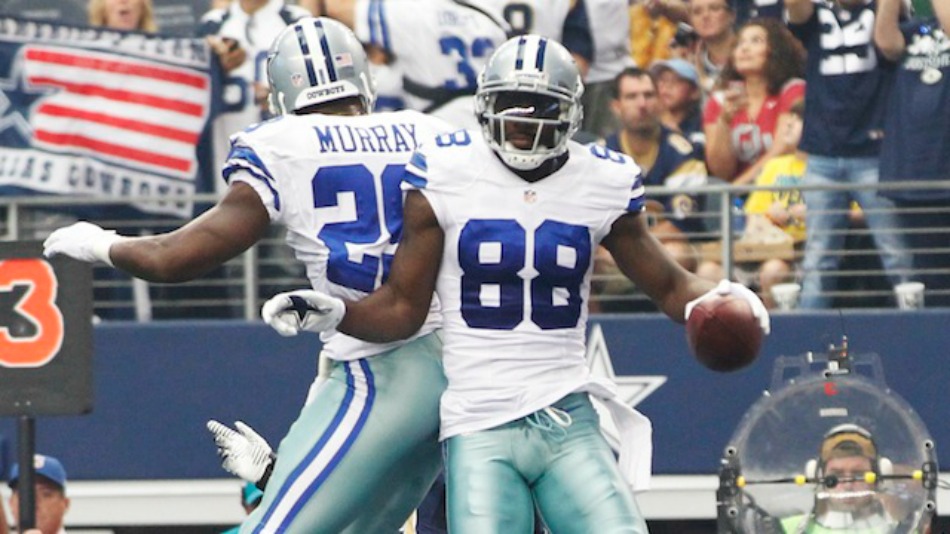 By threatening to hold out of training camp and potentially into the season, Bryant was viewed as a malcontent—something that has followed him since his Oklahoma State day.

Outside of demanding a trade, these were the two options left to Bryant at a time when the NFL itself has made it so that players are throwing a pair of two’s out there against three aces.

If Bryant had not met the Cowboys halfway in contract talks and eventually signed off on his franchise tender, the team simply could have placed the same tender on him next March—continuing a vicious cycle for the star receiver. And while that means Bryant would have earned over $26 million in two seasons, it would have kept him off the free agent market through his first seven NFL seasons.

When current NFLPA outside council Jeffrey Kessler helped former New York Jets running back Freeman McNeil adapt the current free agency model during litigation against the league in the 1990s, this is not what he had in mind.

No one is going to shed a tear over Bryant receiving $45 million guaranteed. It places him among the highest paid skill-position players in the NFL. But it’s also a contract that was signed with a proverbial gun to his head. Short of caving in and taking far less than he had demanded, Bryant would have been forced to play the 2015 season without any guarantee of future payment from the Cowboys—a situation that would have repeated itself in 2016 as well. Lacking long-term security, one major injury could have derailed Bryant’s earnings potential moving forward. That’s another thing that brought him to the table.

There isn’t one fix outside of NFL owners starting to guarantee the entire contracts for their best players. There is no written-in guideline in the CBA suggesting that veterans receive guaranteed contracts. Instead, that’s limited to rookies who have not played a single snap in the league.

This a fundamental change that needs to occur from the top down. Unfortunately, as we saw with Bryant, players wield very little power when it comes to this.

It’s up to those in power at the league office in New York City and within owner boxes around the NFL’s 31 cities to get something done. And as we have seen in the past, that’s unlikely going happen without the union engaging in an arbitration battle against the NFL—a battle the weakened union is in no position to take on.