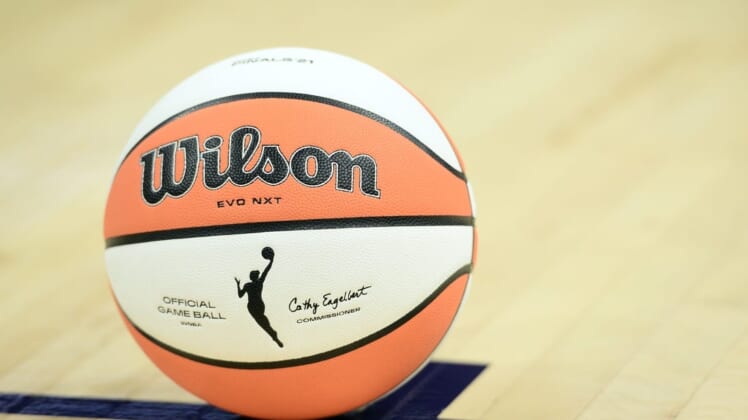 DeWanna Bonner scored 15 of her 20 points in the final quarter and also collected 10 rebounds to help the Connecticut Sun post an 82-71 victory over the Seattle Storm on Friday night at Uncasville, Conn.

Brionna Jones scored 19 points and reigning MVP Jonquel Jones added 17 points and 13 rebounds for the Sun (12-4). Alyssa Thomas added 10 points, eight assists and five rebounds for Connecticut, which used a late, scintillating 11-0 run to win for the sixth time in the past seven games.

Bird was playing for the first time since announcing Thursday that she will retire after the season. The 12-time All-Star missed Tuesday’s game due to a non-COVID illness.

Connecticut made 52.2 percent of its shots and was 5 of 20 from behind the arc.

Jewell Loyd connected on a 3-pointer as Seattle crept within 71-68 with 3:58 left in the game before the Sun went on the decisive run.

Bonner converted a three-point play with 3:28 to go and scored on a layup 23 seconds later to give Connecticut a 76-68 lead.

Thomas sank a layup with 2:02 remaining and Bonner and Brionna Jones added baskets to increase the lead to 14 as the Suns closed it out.

Seattle trailed by 10 at halftime, but Bird and Loyd began with the third quarter with 3-pointers as the Storm pulled within 42-38.

A short time later, Stewart scored five in 32 seconds to give Seattle a 46-45 lead with 6:02 remaining in the third. The Storm led 58-56 lead entering the fourth quarter.

Brionna Jones scored 12 first-half points and Jonquel Jones added 10 as the Sun held a 42-32 lead at the break.