Devonta Freeman, Matt Bryant not expected to play in Week 7 for Falcons 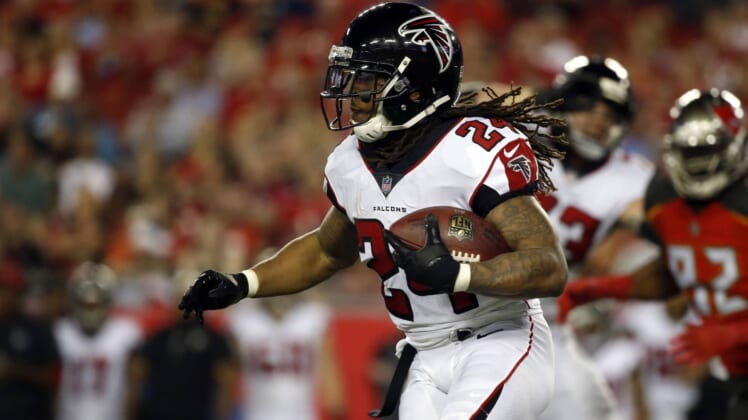 While the Atlanta Falcons were victorious against the Tampa Bay Buccaneers on Sunday, Monday brought some bad news about Devonta Freeman and Matt Bryant.

Coach Dan Quinn said that Freeman and Bryant are both expected to miss Monday’s game against the New York Giants. They are dealing with foot and hamstring injuries, respectively.

It’s been a rough season for Freeman. He sustained a knee injury in Week 1 and was out of the lineup until Week 5. He then missed the Week 6 win over Tampa with a foot injury.

The Bryant injury was a little more surprising. He walked off of the field gingerly shortly after nailing a 57-yard field goal late in Sunday’s win.

This is certainly bad news for the Falcons, who have dealt with a great deal of injuries throughout the season.