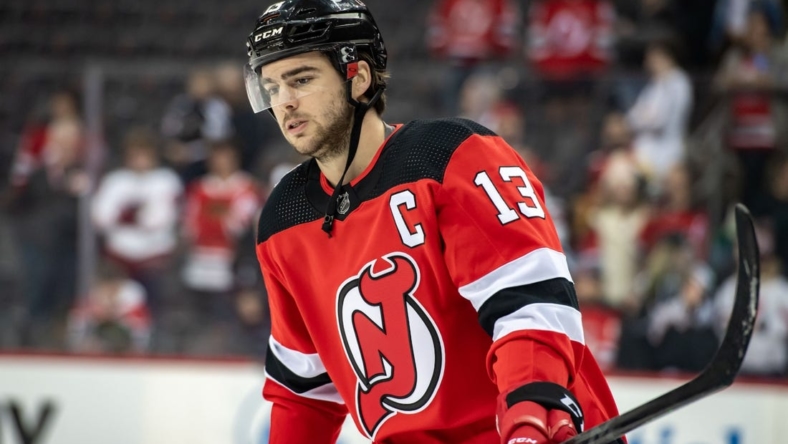 Vitek Vanecek made 24 saves and Jack Hughes scored a third-period goal to give the New Jersey Devils a 1-0 shutout over the visiting Colorado Avalanche on Friday in Newark, N.J.

After a scoreless 40 minutes, Hughes broke the deadlock 2:59 into the third period. On a New Jersey power play, Hughes collected his third goal of the season, firing a quick shot from the circle that beat a screened Pavel Francouz.

The loss snapped Colorado’s two-game winning streak, and the Avalanche suffered just their second shutout loss since the start of the 2021-22 season.

Valeri Nichushkin didn’t play due to a lower-body injury, and the loss of their team points leader clearly impacted the Avalanche. This undermanned lineup played right into the hands of a defensively stout Devils team, who entered Friday’s action with a league-low 150 shots allowed.

New Jersey’s penalty kill unit has been one of the NHL’s best, and that trend continued when the Devils blanked Colorado on six power-play chances. The Avalanche had a red-hot 50% (10-for-20) success rate on power plays over their first seven games.

Cale Makar rang a shot off the post in the first two minutes, and after that early near-miss, the Avalanche’s other chances were halted by Vanecek. The goalie’s performance was highlighted by a huge stop on an Evan Rodrigues breakaway in the third period, and a denial of a wide-open J.T. Compher midway through the first frame.

It was Vanecek’s first shutout in a Devils uniform, after being acquired in a trade with the Washington Capitals during the offseason.

Francouz also had a strong game at the other end of the ice, stopping 22 of 23 shots.

Jesper Bratt earned an assist on Hughes’ goal, extending his points streak to eight games. Bratt has 13 points (three goals, 10 assists) over the eight games, which is the second-longest season-opening points streak in Devils team history.

The Devils dominated the faceoff circle, winning 34 of 48 faceoffs in the game.