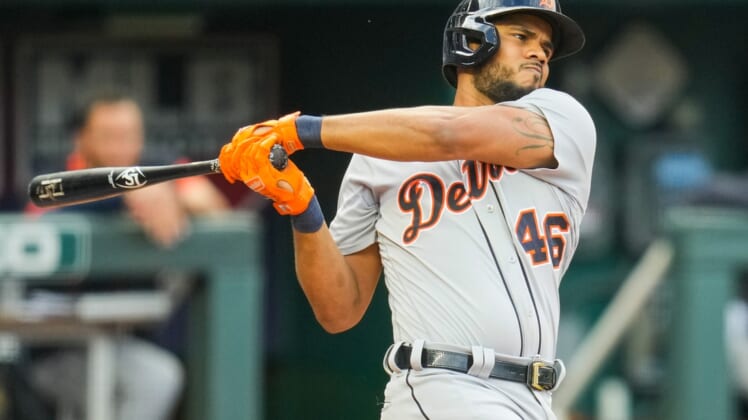 Detroit Tigers third baseman Jeimer Candelario was placed on the bereavement list prior to Tuesday’s game against the visiting Seattle Mariners.

Fellow infielder Isaac Paredes was recalled from Triple-A Toledo in a corresponding move. He was listed as sixth in the batting order and will play third base.

Tigers manager A.J. Hinch said Candelario called him early in the morning and informed him of the situation.

“It’s his news to share whenever he’s comfortable, but we’ll be thinking about him and praying for him,” Hinch said, per MLive.

By rule, players on the bereavement must miss at least three days and no more than seven.

Paredes, 22, will be making his second major league stint with the Tigers. He batted .220 with one homer and six RBIs in 34 games last season.