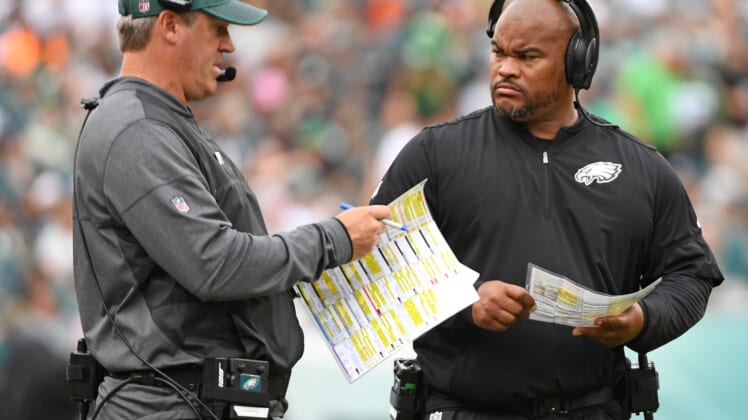 The Detroit Lions announced the additions of Duce Staley, Mark Brunell and Mark DeLeone to their coaching staff on Friday.

Staley, 45, was hired as the assistant head coach/running backs coach with Detroit. It is the same title he held over the past three seasons with the Philadelphia Eagles. He was an NFL running back for 10 seasons.

Brunell, 50, joins the Lions as the team’s quarterbacks coach. It marks the first NFL coaching job for the three-time Pro Bowl selection, who last played in the league in 2011. He has mentored quarterbacks at the NFL Scouting Combine.

DeLeone, 33, will serve as Detroit’s inside linebackers coach in 2021 after spending the past two seasons in the same role with the Chicago Bears.