Detroit Lions 2016 preview: Moving on from a legend

The 2016 NFL season is just around the corner. As such, Sportsnaut will be previewing all 32 teams before the games begin in September. Continuing the series, we stay in the NFC North to provide a Detroit Lions 2016 preview.

Here, we’ll be discussing how the Lions can both rebound from a disappointing season and replace an all-time great at the same time.

1. Can the team have success without Calvin Johnson?

Calvin Johnson's production in the #Lions passing game (in percentages) over the past five seasons pic.twitter.com/UjRQAmecJA

That’s a whole lot of production the Lions are losing here. Is it possible that being able to spread the wealth around might be a good thing?

After all, Golden Tate has proven himself capable in his two seasons with the Lions. Here’s a guy that’s recorded 189 receptions for 2,144 yards during that span. In fact, he’s catching 70 percent of the passes thrown in his direction with the Lions.

Though, it must also be noted that Tate put these numbers up with Calvin Johnson acting as the team’s No. 1 receiver. We have absolutely no idea how he’s going to perform with defenses focusing primarily on him.

Either way, it’s going to be extremely interesting to see how the Lions’ passing game performs without Johnson.

2. Did Jim Caldwell deserve another season? 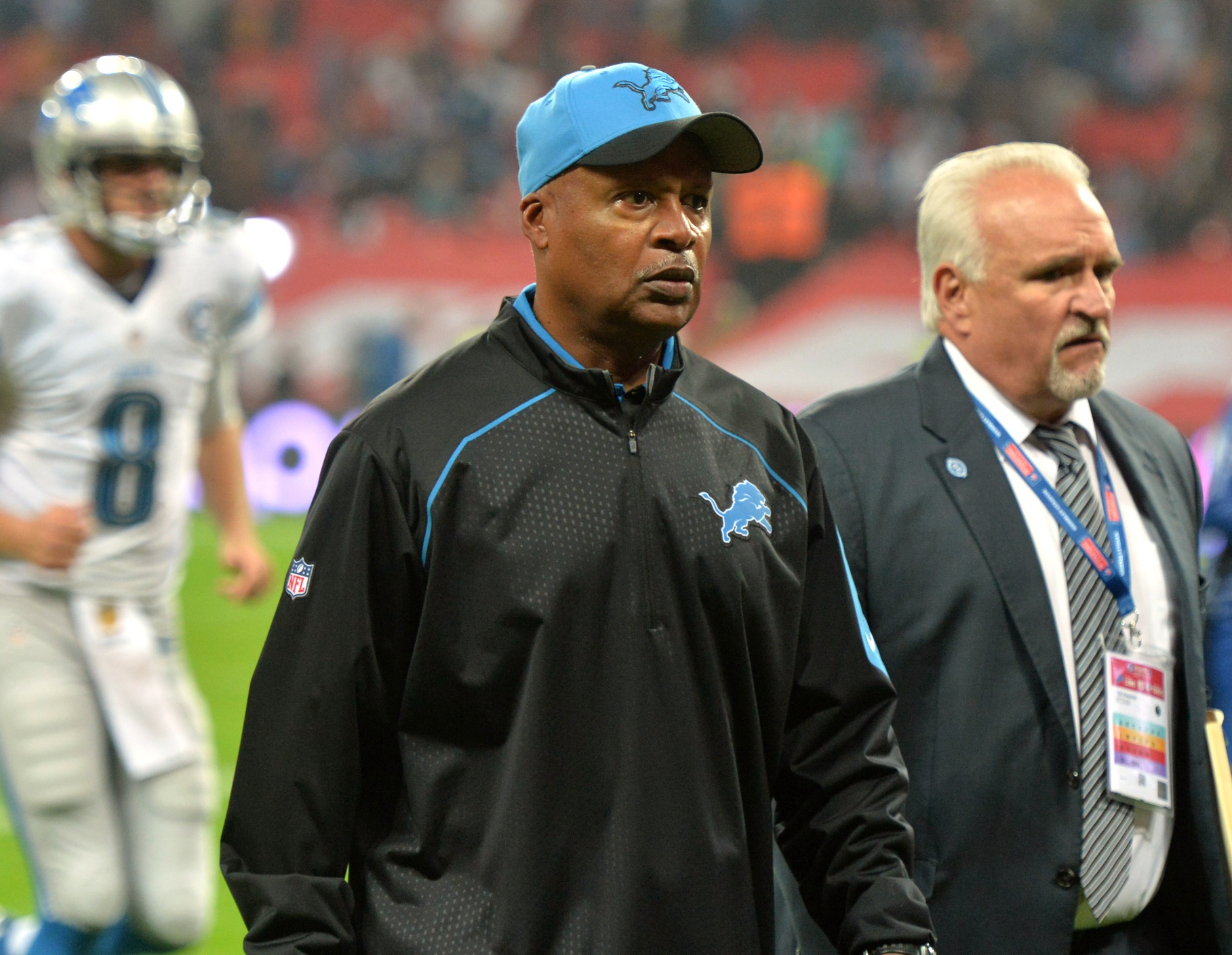 The Lions were an absolute dumpster fire last season. There’s no other way to go about saying it. From multiple coaches being fired in-season to seven losses in their first eight games, nothing went right here.

Once Detroit decided to move on from pretty much its entire front office, most figured Caldwell would get the boot.

However, the former Super Bowl coach got a reprieve. This was primarily due to the way Detroit finished the season, winning six of its final seven games. Was that more about Detroit playing out the string or the team showing life under Caldwell?

Heading into 2016 without a ton of expectations, it appears that Caldwell’s leash isn’t incredibly short. What does that mean exactly? Will the Lions retain him following another losing season? What will have to happen in order for them to move on from him?

3. Who is Matthew Stafford? 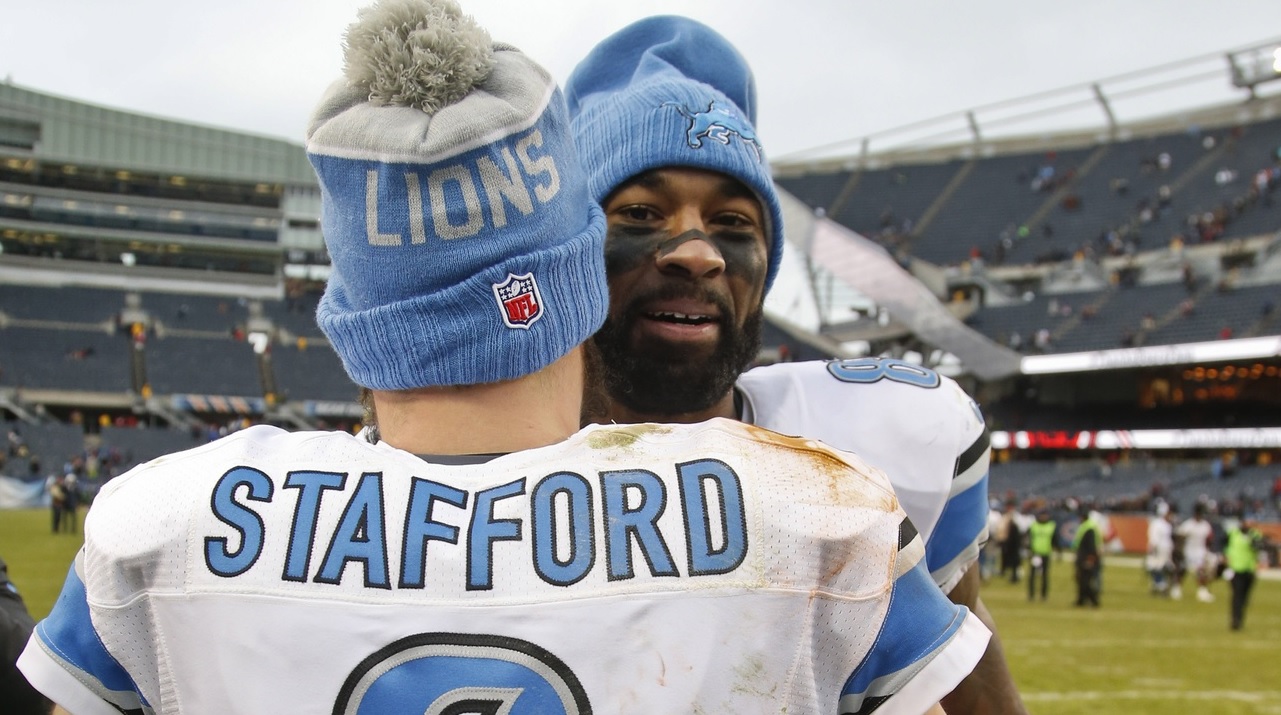 This is almost literally the $100 million question. Set to become a free agent after the 2017 season, the Lions are going to be talking extension with Stafford here soon. Is he worth $20-plus million? What about $25-plus million? Heck, is he even the future franchise quarterback?

These questions won’t be answered by how many games Detroit wins in 2016. Instead, it will be all about how Stafford performs without Calvin Johnson on the field.

We’ve yet to see this over an extended period of time during the quarterback’s career. That in and of itself should be the determining factor.

This isn’t based off anything we’ve seen during the spring or summer months. It’s definitely not based off Abdullah’s less-than-stellar 2015 campaign. Instead, it’s all about the talent he possesses and projecting it will all come together.

Remember, this former Nebraska standout flashed elite-level talent in the preseason and during the early stages of the regular year as a rookie. He also doesn’t necessarily have much competition at running back.

It sure looks like Abdullah will get a ton of touches this season. If so, it wouldn’t be a surprise to see him put up 1,500-plus total yards.

Defense. Detroit’s offense doesn’t need to be at the elite level we saw at times when Johnson was dominating. Here’s a squad that earned a playoff spot in 2014 despite ranking 22nd in scoring offense.

The primary reason for this was a dominating defense that yielded the third-fewest points and second-fewest yards in the NFL. Should Detroit get back to the basics on that side of the ball, it will be much better than most people expect.

That’s going to start up front with the likes of Ziggy Ansah and A’Shawn Robinson looking to dominate. In Detroit’s wide-nine scheme, the onus is going to be on getting the quarterback. Should that happen, the Lions will be in position to have a rebound performance on defense in 2016.

Talent. Detroit is closer to last place than first place in the NFC North. It simply doesn’t have the all-around talent to compete with Green Bay and Minnesota.

Unfortunately, Caldwell has proven that he can’t help a team exceed expectations. This was proven during his final season in Indy, and once again last season.

Short of everything coming together, there’s very little reason to believe the Lions will be able to compete for a .500 record.

Prediction: 6-10, tied for last place in the NFC North