Deshaun Watson’s lawyer seeks to have accusers’ names made public 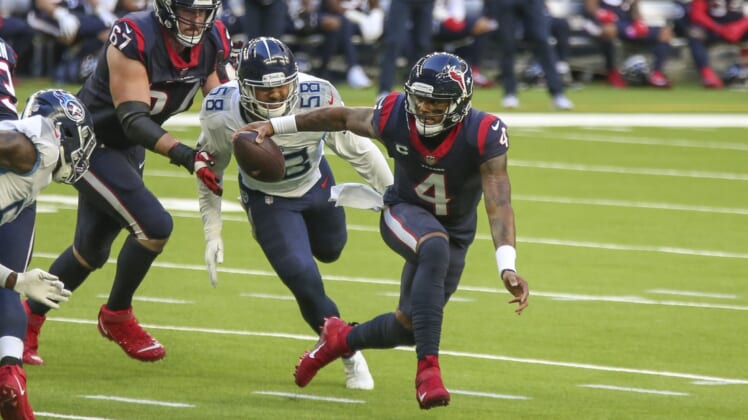 Deshaun Watson‘s attorney is seeking to have the names of all accusers made public in the lawsuits against the Houston Texans quarterback.

Watson faces 22 suits, filed by attorney Tony Buzbee on behalf of masseuses. Two of the plaintiffs, Ashley Solis and Lauren Baxley, came out publicly earlier this week to speak out against Watson.

According to ESPN, Hardin was granted two emergency hearings Friday.

Watson has denied all wrongdoing, but he also is the subject of an investigation by Houston police regarding the same allegations.

Hardin said in a statement Thursday, “When we asked Mr. Buzbee to identify his clients weeks ago, he refused and told us to file a motion. Today we filed that motion. As discussed in our filing, Mr. Buzbee’s use of anonymous lawsuits violates Texas law and the basic concept of fairness.

“While I understand that anonymity often is used as a shield for victims, Mr. Buzbee is using it as a sword. While shielding his clients from public scrutiny, Mr. Buzbee continues to use their anonymous allegations to destroy Mr. Watson. This is simply not right. And we look forward to resolving these matters in court.”

Watson, 25, reached a four-year, $156 million contract deal with the Texans in September. He went on to earn a third consecutive Pro Bowl selection before requesting a trade in January.