Put up 1,332 receiving yards and nine touchdowns while helping the only team you have played for in a six-year NFL career make the playoffs. Get released just a few months later. This is the situation that DeSean Jackson found himself in last month. Amid rumors of gang ties and friction between himself and the organization, Jackson was released and free to sign with another team.

He chose the division rival Washington Redskins as somewhat of a kick in the face to the organization that originally drafted him out of Cal in 2006. That might have been Jackson’s motivation and I don’t blame him one bit. What better way to show up the team that didn’t want you and felt it was necessary to pay you $6 million to play for another team, then to do it on the field against them? 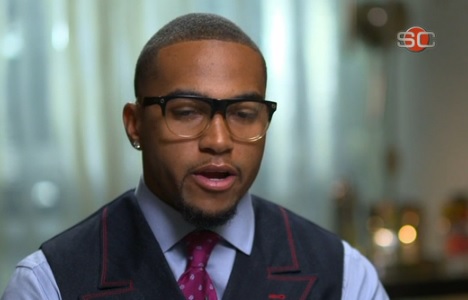 With all this said, does Jackson deserve answers from general manager Howie Roseman, head coach Chip Kelly and the entire Eagles organization?

He seems to think so. In Jackson’s words, this is what Kelly had to say to him when telling the wide receiver he was being released, via ESPN.

Jackson, seemingly stunned by the situation…

I was sitting there waiting for the reason why, but that’s basically all I can (recall) from the conversation. … I got off the phone. I was like, ‘Are you sure? That’s it?’ We hung up. That was it.

Jackson should understand that the NFL is a business and he’s a part of a league that takes “at-will employment” to a whole new level. Organizations do not have to indicate to players why they were released or traded. In fact, that’s usually not how it works around the league. Basically, Kelly’s conversation with Jackson is basically the norm.

There are exceptions, however. When a player has meant so much to an organization, the process of being released or traded is much different. Alex Smith in San Francisco and Anquan Boldin in Baltimore likely being the two most recent examples of that. The conversation lasts much longer and the organization feels a need to explain away why it made that decision.

As it relates to Jackson, he spent seven up-and-down seasons in Philadelphia. More often than not, there were overriding contract issues impacting the relationship between player and organization. To say that it was a bumpy ride would be an understatement.

What makes Jackson different than the rest?

It’s rather simply, the background of the situation on the day of his release was different than anything we have seen around the NFL in its history. NJ.com filed a report that morning indicating that Jackson was affiliated to a high-profile Southern California gang and made an effort to link him to a gang-related murder that took place in Southern California a couple years earlier. In this, the “investigative report” seemed to paint a picture that Jackson was released due to these ties.

Without any concrete evidence linking Jackson to the gang outside of a couple of connections with individuals apparently in the gang, this story had shock-jock journalism written all over it.

For his part, Jackson was buying into it…

I actually got a chance to hear about [the NJ.com report] before it came out…Got a call before it came out. My agent called. How do I feel about NJ.com? From my point of view, it was very disrespectful. I don’t think it was right — straight up.

While it’s obvious Jackson would deny any involvement, he didn’t expel the notion that he knows a few individuals who take part in the gang lifestyle. If Jackson were looking to cover something up here, he likely wouldn’t have been so candid about it.

In any event, if the Eagles used this report and their own investigations as the primary reason they released Jackson, then the premise changes completely. It goes from not having to give a reason for the breakup to having to answer questions about why they made that decision.

DeMaurice Smith indicated to ESPN that the NFLPA will look into the “circumstances surrounding” Jackson’s release.

If nothing else, this might help Jackson close the book on his Eagles career. If not, it has to be the overriding belief that the Eagles don’t owe him too much. The NFL isn’t an “at-fault” league. Players can be released for wearing the wrong type of socks, if the organization sees fit.

With that said, I think the Eagles owe everyone an explanation. Act the part of professionals and disclose the reasons why you cut one of your best players of the last six years loose without as much as a reason why.