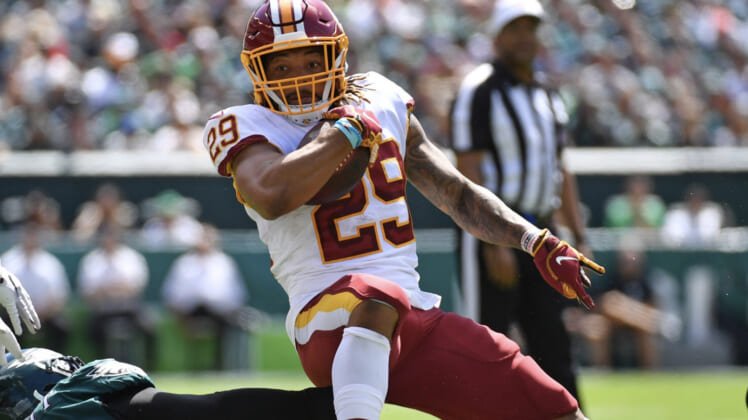 Washington Redskins running back Derrius Guice has struggled to see the field in his first two seasons as a pro and will miss at least eight weeks of the 2019 season on injured reserve.

Guice missed all of his rookie season after tearing his ACL during his first preseason game of the summer. Then, after recovering for an entire year, he tore the meniscus on his right knee in Week 1 of this season.

Before exiting Sunday’s game against Dallas, Guice rushed for 18 yards on 10 carries.

It’s just a brutal series of events for the former LSU star. We wish him well as he recovers from his second major knee injury in just over a calendar year.