DePaul bids for another fast start vs. Loyola-Maryland 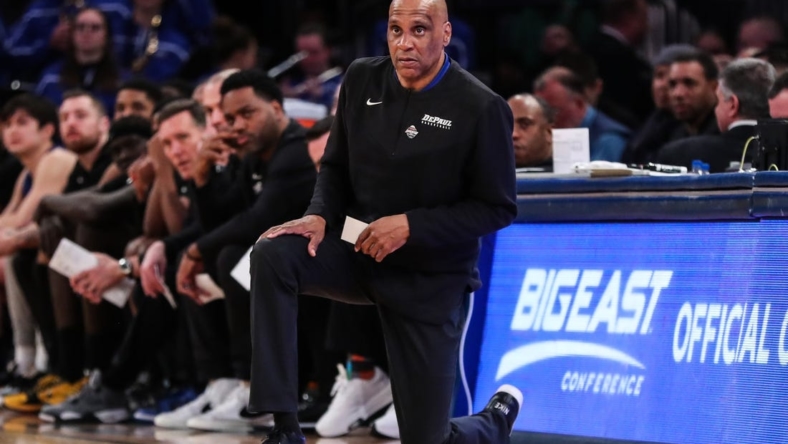 DePaul has done a nice job of starting the season on a positive note in recent years.

Meanwhile, it’s been a while since Loyola-Maryland won its season opener.

The Blue Demons look to open with a victory for the fifth straight season when they host the Greyhounds on Monday night in Chicago.

“I think the big difference is our depth, and having more options on this roster,” second-year DePaul coach Tony Stubblefield told the Chicago Sun-Times.

“We will be a more balanced team than we were last year.”

Loyola-Maryland, meanwhile, hasn’t enjoyed a winning campaign since 2012-13. It was a year earlier that the Greyhounds last won their season opener.

Picked sixth in the Patriot League, Loyola brings back guards Jaylin Andrews (13.7 ppg in 2021-22) and Kenny Jones (8.9 ppg, 4.6 assists per game) from last season’s 14-16 group, but will also count on at least 10 freshmen and sophomores to contribute. Touted Baltimore freshman Deon Perry is slated to start at point guard.

“You’ve got to trust the work you put in,” fifth-year Greyhounds coach Tavaras Hardy told Glenn Clark Radio. “Really believe in yourself, and your teammates. Believe in the system.

“Five guys working together. … We’ve got to use each other. That’s the whole basis of how we play offensively and defensively.”