Even his trading card value has shot through the roof. A rep for COMC, a top online auction site, is reporting a dramatic increase in signed Garoppolo rookie card values (via TMZ Sports).

“His (signed rookie) card was originally selling for $2.25, but as soon as Tom Brady’s suspension was announced, Garoppolo’s card skyrocketed to $278.”

If you happen to collect cards and you purchased a Garoppolo card for the original price, then sell that bad boy. After the math, this equates to a 12,256 percent increase in value. Garoppolo’s card now sells for close to what Brady’s rookie card is selling for. 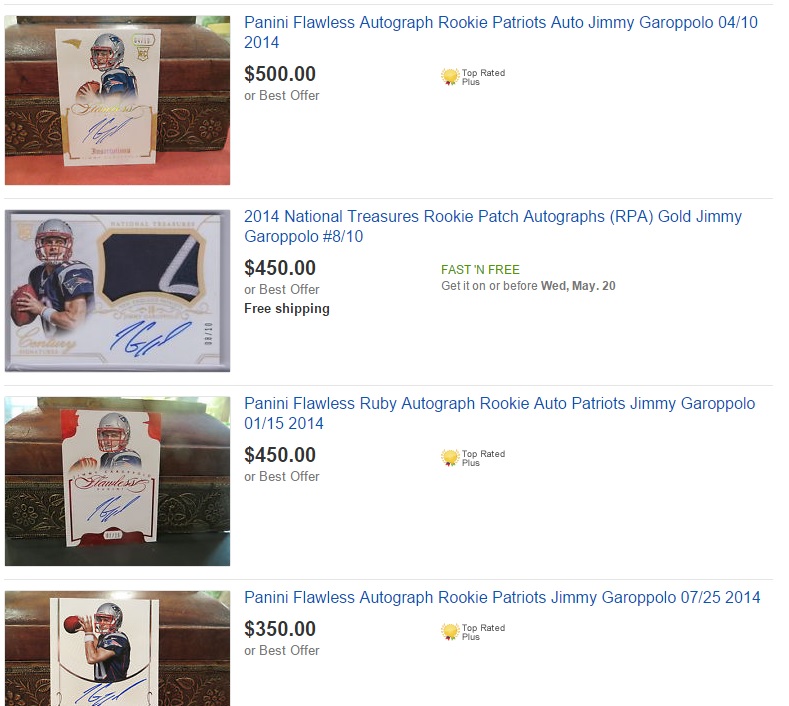 Garoppolo has caught up to Brady in one department. He now needs to add the mansions, model wife and three more Super Bowl rings.

Get on that, Jimmy.