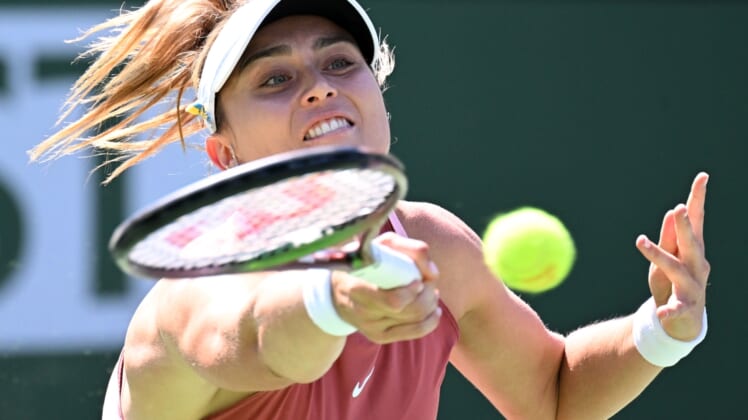 Badosa and Sakkari will battle in one semifinal match at Indian Wells, while No. 3 seed Iga Swiatek of Poland will play No. 24 seed Simona Halep of Romania in the other.

Sakkari had six aces to Rybakina’s four, but she won it with her defense. She saved four of five break points while also converting three of six opportunities to break Rybakina.

Rybakina went ahead 4-1 in the first set as Sakkari lost her first serve. She hung in and never allowed her opponent to break her the rest of the way.

“I think I had a rough start,” Sakkari said. “I was a little bit nervous. But then I just had faith in my game. I knew that if I could break her back, I would get back into the match. Making a lot of balls after being 4-1 down gave me a good chance to come back into the match. I see that I’m actually very calm and very confident that it’s only a break.”