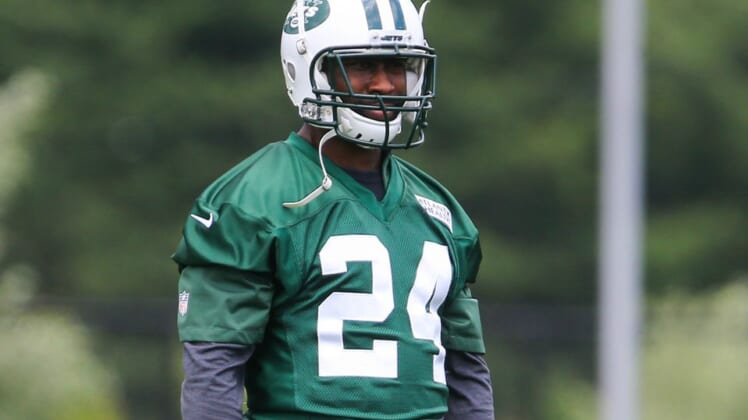 New York Jets cornerback Darrelle Revis was once the undisputed king of NFL cornerbacks, but it’s clear nowadays he’s nowhere near the same player he was in his prime.

This is something he is coming to grips with himself. He admitted Thursday “My body’s breaking down,” per Kimberley A. Martin of Newsday.

“Yeah, I am. I mean, not in a bad way. I can still play,” Revis said, smiling. “It’s just, I’m breaking down. I’m 31. How many corners are 31 right now in the league? The league’s getting younger. I know [Vikings cornerback Terence] Newman’s still playing [at 38], which is impressive. But I don’t know how he’s doing it.”

Many of the NFL’s legendary defensive backs have dominated well into their 30s. Unfortunately, it appears Revis might not be able to follow in the footsteps of guys like Charles Woodson or Rod Woodson.

He’s been plagued with a hamstring issue this year, missing a game and getting torched a few times when he has played. He suffered an ACL tear in 2012 and had offseason wrist surgery this year, among his various injuries throughout his career.

In particular, he looked slow and old going up against A.J. Green when the Jets hosted the Cincinnati Bengals in Week 1. The talented receiver absolutely burned the man who once was so good quarterbacks didn’t even bother throwing his way, going off for 12 catches, 180 yards and a touchdown.

While Revis admits his body isn’t as spry as it used to be, retirement isn’t something he’s thinking about just yet.

“I’m not thinking about retirement at this moment,” said Revis, reiterating his hope that the Jets (2-5) can go on a run starting Sunday in Cleveland. “I’ve just got to continue to take care of my body. Some of the past injuries, they linger. They linger.”

The corner admits he cannot be on an island any more, saying “I don’t do that no more. But I did that for a number of years.”

He also said that he’s critiqued at the same level of a quarterback, thanks to his dominance.

“I brought it upon myself,” he said, “by playing the game and the position at such a high level for so long.”

One solution to extend Revis’ career would be to take him off the corner and move him to safety. That move made all the difference in the world for Charles Woodson, who ended his career with a huge season in his final campaign with the Oakland Raiders at the age of 39.

It remains to be seen if Revis will make the same move to prolong his career. It seems like the smart choice, but perhaps it’s not one he’s ready to consider.