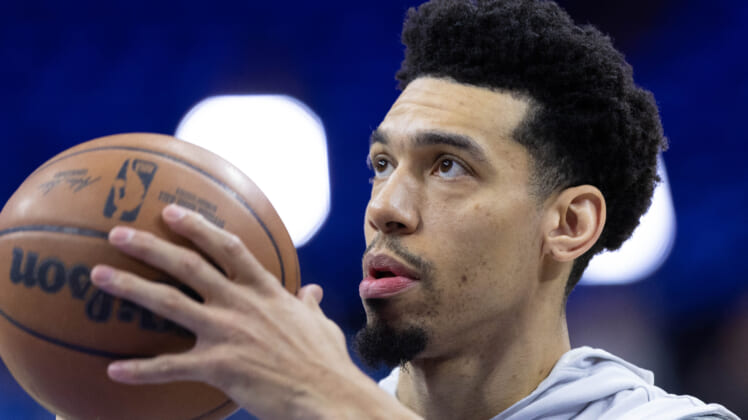 The Philadelphia 76ers are taking on the Miami Heat at the Wells Fargo Center for Game 6 of the Eastern Conference Semifinals on Thursday night, but it was an early exit for Danny Green.

Early in the first quarter, Green was boxing out P.J. Tucker in the vicinity of the basket, when Embiid went up for a layup and fell, pinning Green’s ankle under Embiid’s body. While the injury appeared to involve his ankle, it’s actually being reported as a left knee injury.

As the video showed, Green was quickly carried back to the Philly locker room to undergo a medical evaluation. Later updates revealed Green will not return to the game as the medical team continues to determine the exact nature and severity of the injury.

The Miami Heat currently lead the series 3-2, but if the Sixers can pull out a victory on their home court tonight, they’ll want their starting swingman.

Green only started 28 out of a possible 62 games played for the team during the regular season, but he’s started all 11 playoff games this postseason.

Though he may not be their first, second, or even third offensive option, Green is a two-way player who’s impact can be felt on both ends of the floor.

Chances are Matisse Thybulle will see a few more minutes, depending on how long Green is absent. For now, he’s out for the rest of Game 6.