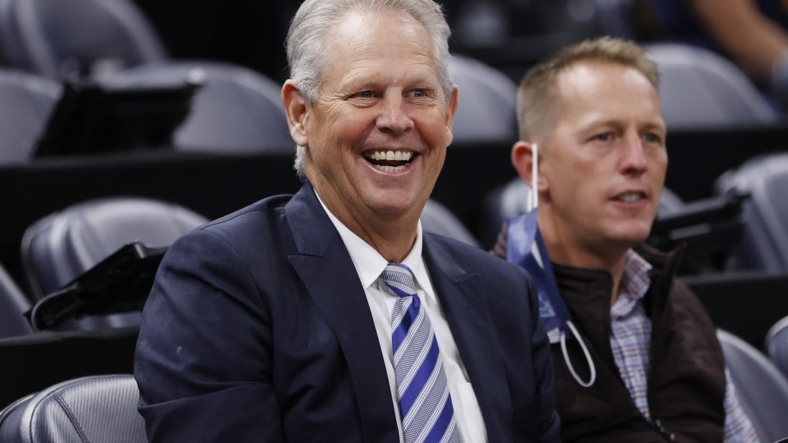 Danny Ainge joined the Utah Jazz as their CEO of basketball operations in the middle of last season. What he observed at the time contributed to the team’s decision to trade away their two All-Stars.

The Jazz dealt center Rudy Gobert to the Minnesota Timberwolves in July, and after guard Donovan Mitchell became uncertain of his own future with the team, Utah sent him to the Cleveland Cavaliers earlier this month.

There had long been reports chronicling Gobert and Mitchell’s uneasy relationship, but Ainge said it had more to do with the entire team.

“What I saw during the season was a group of players that really didn’t believe in each other,” Ainge told reporters at a news conference on Monday. “Like the whole group, I think they liked each other even more than what was reported, but I’m not sure there was a belief.

“When we got to the playoffs I thought, well this is a team that has had some disappointing playoffs, so I thought maybe they’re just waiting for the playoffs. I gave them that benefit of the doubt, but it was clear the team didn’t perform well in the playoffs again.”

The Jazz made the playoffs in each of the past six seasons, but they lost in the first round three times and lost in the Western Conference semifinals the other three years.

That led general manager Justin Zanik to similarly conclude that the Jazz “were tapped out from a potential standpoint, and we needed to reset that,” he said Monday.

“The biggest thing for us was opening up a window to compete for a title,” Zanik said. “Give credit to ownership, the organization, the community and the support we’ve had over the last three years as we put every resource toward trying to accomplish that. And we fell short.

“In the NBA life cycle, this was kind of a touch point to make a pivot. To do that, we wanted to give the organization every opportunity, the greatest base of flexibility, young players and assets going forward to make really good decisions going forward to reach the ceiling we want to get to and that’s win a title here.”