Danielle Collins prevails in return in first round at Madrid 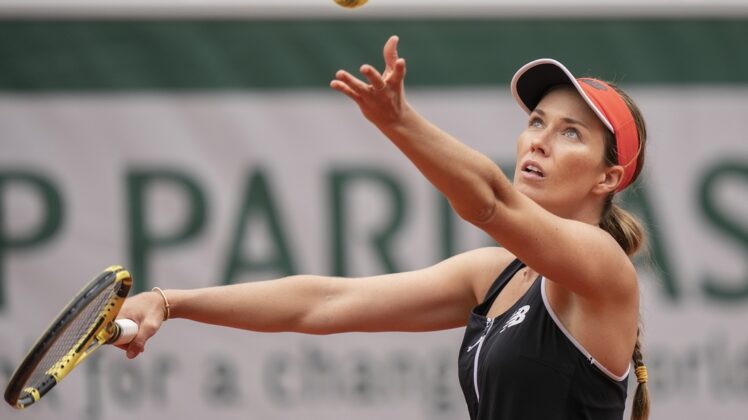 American Danielle Collins displayed little rust in her return to the court as she posted a 7-5, 6-0 victory over Puerto Rico’s Monica Puig in the opening round of the Mutua Madrid Open in Spain.

The sixth-seeded Collins missed the past four weeks after sustaining a neck injury during a quarterfinal run at the Miami Open last month. She recorded six aces and won 80 percent of her first-serve points on the clay on Friday.

“When you go a little period where you aren’t playing some matches, you almost feel a little bit rusty,” Collins said afterward. “I just needed to be patient and try to get myself back into it.”

The 28-year-old Collins, who is ranked No. 8 in the world, won the final eight games of the 80-minute match.

The Australian Open finalist eventually found her rhythm while the 28-year-old Puig, the 2016 Olympic gold medalist, struggled in the second set of her first match in 19 months after two surgeries on her right shoulder and bicep tendon.

“You never know what to expect when someone’s been out for a while, and they’ve been working on some things,” Collins said of Puig. “You don’t know what type of game style that they’re going to play, so it was a little bit tricky trying to anticipate what she was going to do.

“I think she played at a super-high level, especially in the first set, and gave me a lot of challenges.”

Andreescu is playing in her second tournament after taking a six-month break to heal medically and mentally. The 2019 U.S. Open champion played a strong third set while beating American Alison Riske 6-4, 3-6, 6-0.

“I’m honestly trying to be more positive with myself,” Osaka said. “This year I came a week early to train on red clay, so just trying to give myself more chances to do better. … To be able to do it in two sets, for me, it’s a really good starting block.”

Seventh-seeded Garbine Muguruza advanced in her home country with a 7-5, 6-2 win over Australia’s Ajla Tomljanovic, while No. 9 Emma Raducanu of Great Britain posted a 7-6 (3), 6-0 triumph over Czech Tereza Martincova.