Daniel Ricciardo discusses the possibility of switching to NASCAR as his future in Formula 1 remains unclear at this point in time. 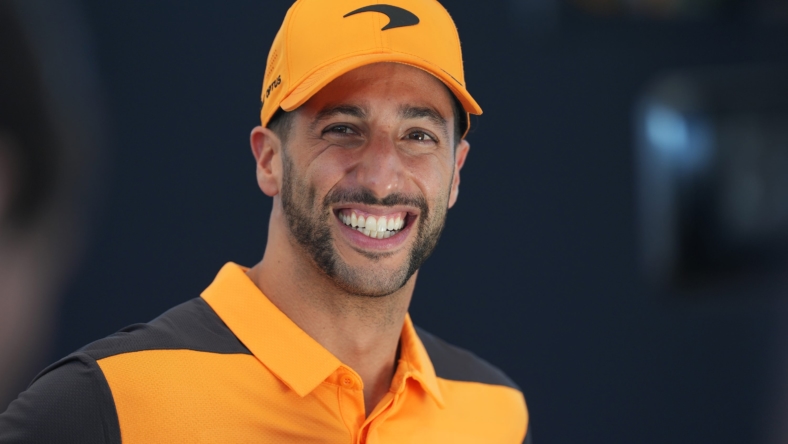 Formula 1 driver Daniel Ricciardo will not have a full-time ride on the grid next season as he focuses on the 2024 season. Ricciardo and McLaren will part ways after the organization signed Oscar Piastri to a contract.

Despite having options on the table such as Haas and Williams, the 33-year-old driver is bypassing these opportunities as he aims to be with a competitive Formula 1 team starting in 2024.

He has been linked to Mercedes and Red Bull as a reserve and test driver so maybe, if Lewis Hamilton retires, he could be in a solid spot for a seat. However, Ricciardo hasn’t ruled out switching to NASCAR for select races in the future.

Daniel Ricciardo discusses possible switch to NASCAR in the future

Ricciardo has always been one to embrace the American culture when entering the country for Formula 1 events. Now, the sport is going to have three races within the United States in Austin, Miami, and Las Vegas.

But, the current McLaren driver has been involved in conversations including America in different ways. Due to Ricciardo’s personality, many have linked him to a possible move to the NTT IndyCar Series and NASCAR.

Ricciardo discussed the possibility of moving to NASCAR at some point in the future as his prospects for the next few years look unclear.

Based on Ricciardo’s comments, it is clear that NASCAR is certainly in the realm of possibility. While the ovals appear to almost be a hard no for him, road courses would be better and safer for the Australian-born driver.

Formula 1 still remains Ricciardo’s focus as the 2024 season continues to be his target but if those goals are not met, perhaps it opens the door for the future.

“It’s really that I still have my sights set on F1 and staying in F1, albeit with some time off next year. So I’m probably, also personally, not ready to commit to exploring that. Don’t get me wrong, it’s a cool fairytale kind of thing of racing in America. I know I would love all of it. But I feel like in this paddock I feel very American. If I go into a NASCAR paddock, I’m the least American person there is. It’s funny. We’ll see.”

Daniel Ricciardo on wanting to stay in Formula 1

Ricciardo is not the only Formula 1 driver to show some interest in NASCAR. The 33-year-old’s current teammate Lando Norris has expressed his desire to at least test out a stock car from the sport.

Plus, former Formula 1 driver Kimi Räikkönen attempted his first NASCAR Cup Series race with Trackhouse Racing in the No. 91 car at Watkins Glen International. The No. 91 car also happens to be where Riccardo has been linked to for NASCAR.

It is obvious that Ricciardo prefers to figure out his future Formula 1 prospects; however, the door will remain open for a move to NASCAR if that is truly an interest to him. As of now, Ricciardo has two more races left in what could be the final ones of his Formula 1 career.