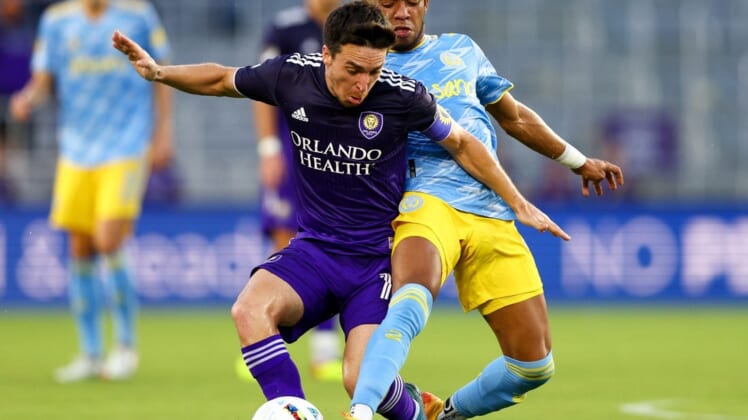 Daniel Gazdag’s late first-half goal gave the Philadelphia Union a 1-0 win over Orlando City Saturday night. It was his 10th of the season and was the first in a number of controversial moments that plagued the night.

Philadelphia (11-2-9, 42 points) won their fourth corner kick of the first half, and the resulting corner was headed on by Jakob Glesnes for Gazdag to flick home in the 39th minute.

However, the flag went up for offsides. VAR took a look and sent referee Alex Chilowicz over to the monitor who agreed with VAR and gave the goal. That was the Union’s only shot on goal in the entire game.

Orlando City (8-8-6, 30 points) looked like they were going to be on the receiving end of a VAR monitor visit and a chance to draw during the prolonged second-half extra time. Chilowicz was called over to the monitor to review for a possible penalty that was not called on the field, but he decided there was no penalty despite the VAR call and the home crowd’s (and players’) insistence.

The Lions carried much of the action throughout the first half but failed to get a shot on Union goalkeeper Andre Blake until the 45th minute. That was Blake’s only save of the half.

Prior to Gazdag’s goal, the best chance for Philadelphia came in the 27th minute when Julian Carranza pounced on a bad back pass and attempted to chip Pedro Gallese from near the center circle. Gallese raced backward to cover the Lions’ goal, but Carranza’s chip sailed just wide of the post. Gallese did not register a save on the night.

The second half saw Orlando City continue to pressure the Union en route to pumping in 19 crosses, but they could not manage to test Blake. His defense was a big help, blocking five shots for the game. He finished with one save on one shot on goal.