Stoudamire completed his fifth season at Pacific in 2020-21 and compiled a 71-77 record. He was named the West Coast Conference Coach of the Year in 2019-20 after leading the Tigers to a 23-10 record.

Stoudamire, 47, and Udoka, 43, are both natives of Portland. 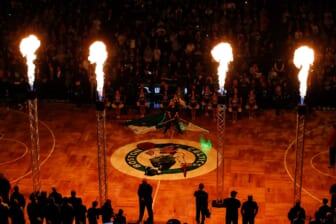 Stoudamire played point guard in the NBA for 13 seasons with the Toronto Raptors, Portland Trail Blazers, Grizzlies and San Antonio Spurs. He was the 1995-96 Rookie of the Year and averaged 13.4 points and 6.1 assists in 878 career games.

Udoka was hired as Boston’s new head coach on June 28. He replaced Brad Stevens, who stepped down to become the Celtics’ general manager.

“I’m proud, thankful, humbled and appreciative of being named the new men’s basketball coach for University of the Pacific,” Perry said in a school news release. “Coach Stoudamire has done an amazing job building the foundation of this program, and it will be the responsibility of our staff and players to continue that progress.”

Perry, 53, has been on the Tigers’ staff for the past five seasons. Prior to that, he was the associate head coach at Colorado State (2012-16) and an assistant at Southern Miss (2011-12) and with the NBA’s Indiana Pacers. He has prior head coaching experience as well, serving in that role at his alma mater Idaho (2001-06).