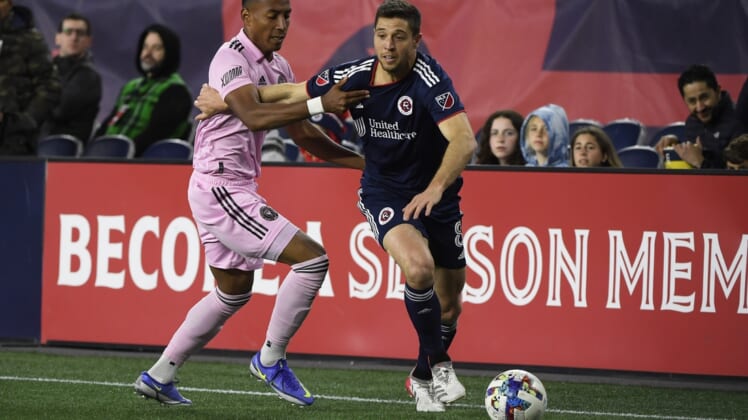 Rivera, in his first start, gave the Revolution a 1-0 lead in the first minute.

A pass from Miami goalkeeper Nick Marsman was out of reach for Jean Mota and rolled to New England’s Matt Polster. Polster quickly dished off to Carles Gil, who spotted Rivera heading into the box and the 19-year-old took it to the top left corner of the goal for the strike.

It kicked off an opening half that was dominated by the home side, who had nearly 66 percent of the touches and attempted 12 shots, four of which reached the target.

Marsman had to be sharp and came up with his biggest save of the first half in the 41st minute, getting his hands on a long-range shot from Gil outside the penalty arc to deflect it over the net.

Miami, which had to play without leading scorer Leonardo Campana from the 10th minute on due to injury, struggled to generate an attack for most of the first 45 minutes, managing just three shot attempts.

The visitors showed some offensive push early in the second half, but they struggled to keep their physical play within the limits. Defenders Damion Lowe and Jairo Quinteros were shown yellow cards just a minute apart in the 54th and 55th minutes, respectively.

Lowe was sent off in the 60th minute after being shown his second yellow of the match.

Adam Buksa scored for the third straight game to double New England’s lead in the 64th minute. The Revolution controlled possession in the box for a stretch before DeJuan Jones, from the left side, sent a cross to Buksa, who jumped for the header at the top of the goal area to make it 2-0.

Things got tougher for Miami in the 76th minute when Quinteros was forced from the match after he was shown his second yellow.