Either Portland Trail Blazers guard Damian Lillard is completely oblivious to how the how this Twitter thing works or he really wants Indiana Pacers All-Star Paul George to join him in the Pacific Northwest.

Lillard took to the social media site on Thursday to apparently endorse the idea of George joining him in Portland. It came via a retweet of a post asking for the marriage to happen. 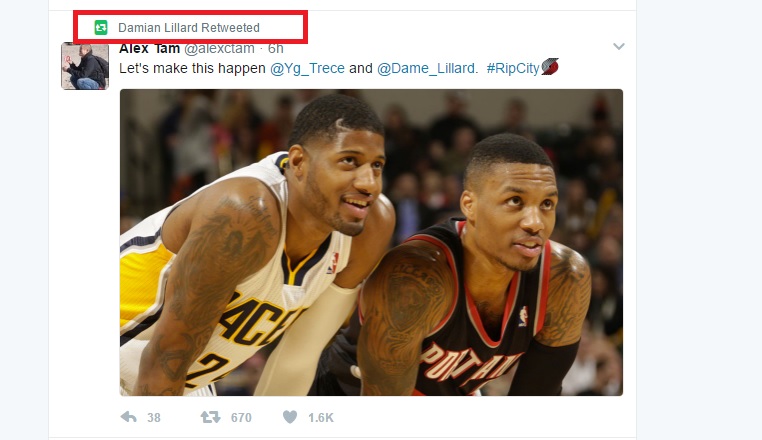 Is Dame trying to tell us something?

It’s not a secret that Lillard and back-court partner C.J. McCollum need more help in the Western Conference. That was magnified when the Blazers were swept by Golden State in the first round of the playoffs last month. Adding a wing like George would go a long way in cementing Portland’s status as a top-end contender out west.

Meanwhile, it’s looking more and more like George is on the outs in Indiana. He was the subject of a bunch of trade rumors leading up to February’s deadline. George, who is set to become a free agent following the 2017-18 season, would not commit to Indiana over the long term after the team was eliminated by Cleveland in the first round.

While Lillard might want Portland to make a trade for George, it’s important to note that the All-Star himself might very well end up signing with the Los Angeles Lakers in the summer of 2018.

In any event, this was a rather interesting development on Thursday. Whether anything comes from it remains to be seen.