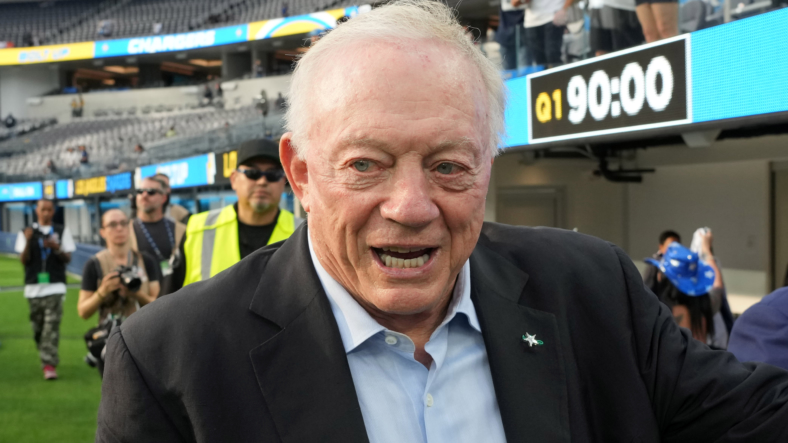 Even Mr. Positivity himself, Jerry Jones, can’t help but admit the Dallas Cowboys will have some serious difficulties early in the season with a rookie first-round pick manning the all-important left tackle spot.

Last week, the Cowboys offensive line took a major blow when eight-time Pro Bowler Tyron Smith went down with an injury during the team’s practice. After going through a battery of tests, it was revealed that the 31-year-old had a torn hamstring and was set to miss at least a couple of months of the season.

Despite the devastating news, the Cowboys did use their pick in the opening round of this year’s NFL draft on a Tyler Smith. A standout tackle from Tulsa they hope can man one of the tackle positions for years to come. However, along with the potential upside of a high-end prospect, there are still many drawbacks. First among those downsides is a lack of experience. Smith will be tasked with arguably the most important position on the line as he will be watching franchise quarterback Dak Prescott’s blindside. Giving many Cowboys fans concerns.

Dallas Cowboys Jerry Jones on tackle situation: ‘Do I wish we had Tyron? Yes’

Since the news of Smith’s injury, Cowboys owner Jerry Jones has tried to spin a positive narrative on starting a rookie at left tackle, and his confidence in what the 24th pick overall brings to the table. But, in a Friday interview with 105.3 The Fan in Dallas, Jones couldn’t help but acknowledge there will be a price to pay for the younger Smith replacing the future Hall-of-Famer. And that the Dallas offense will have to make all the adjustments necessary to assist the rookie in his NFL trial by fire. 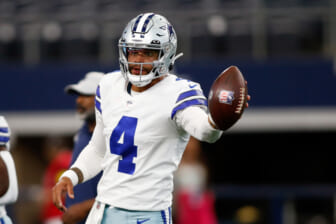 The Dallas Cowboys will begin the 2022 season in prime time on NBC when they face Tom Brady and the Tampa Bay Buccaneers in the season premiere of Sunday Night Football.