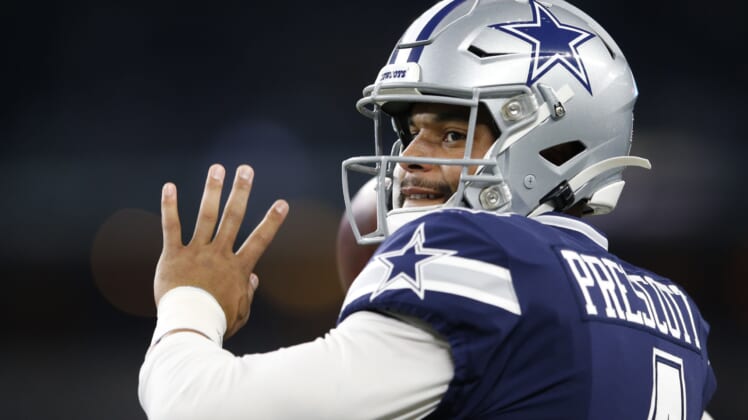 The Dallas Cowboys and Dak Prescott have been engaged in contract negotiations for more than a year. While the star quarterback will sign his franchise tag, it sounds like he won’t agree to a contract extension anytime soon.

Negotiations resumed early this offseason with the Cowboys making it clear how badly they wanted to get a deal done. Stephen Jones, the team’s vice president, said the organization is “all in on Dak” and Jerry Jones compared him to his son.

Coming off the best season of his career and headed for free agency, Prescott’s asking price went up. When sides couldn’t make progress on a new deal, Dallas placed the $31.4 million tag on him.

Prescott is sticking by his wishes for a four-year contract, while the Cowboys are insisting on a five-year deal. Months later, according to ESPN’s Adam Schefter, neither side has given in on their demands.

As a result, an extension before the July 15 deadline is becoming more unlikely. If that happens, the Cowboys would likely need to use the franchise tag on Prescott once again next offseason.

If that happens, Prescott’s salary will climb even higher and he could approach nearly $70 million guaranteed by playing under the tag for the next two seasons.

Given his leverage, the Cowboys might just be running out of time to even get him at $35 million annually on a contract extension.