Dallas aims to keep rolling, scoring in visit to Vancouver 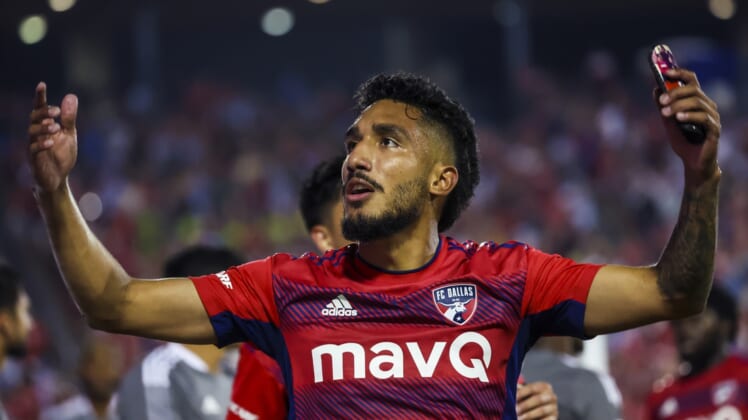 That’s just one fewer than the Vancouver Whitecaps, the team Dallas will face Wednesday night at B.C. Place, have scored in 10 matches.

Dallas will be without goalkeeper Maarten Paes, central defender Jose Martinez and winger Alan Velasco for the second consecutive game as they’re all in the league’s health and safety protocol.

Their absences were hardly felt Saturday as Dallas scored three times in the opening 23 minutes for a 3-1 victory against the host Los Angeles Galaxy.

Ferreira scored twice and Paul Arriola notched the other goal in Dallas’ first road victory of the season.

“We’ve been playing well away (1-1-3), but we haven’t been getting the wins that we wanted,” first-year Dallas coach Nico Estevez said. “(Saturday) was about belief. We’re growing, we’re playing well as a team and we believe that we can win away (games) against any team. I think the guys are seeing the progress and gaining confidence in the way we’re playing and executing in the right direction.”

Ferreira, who has already surpassed his career high in goals, said Dallas sent a message with Saturday’s victory.

“It shows the league that we’re ready to play anywhere and against any team,” Ferreira said.

The Whitecaps will be short-handed as well, as playmaking midfielder Ryan Gauld is also in the health and safety protocol and goalkeeper Thomas Hasal is sidelined with a finger injury.

Vancouver has lost just once at home this season (2-1-2) and is unbeaten in its past two matches, having defeated Toronto FC 1-0 on May 8 before rallying for a 3-3 draw with San Jose on Saturday as Erik Godoy scored in second-half stoppage time. Lucas Cavallini had a goal and an assist and leads the Whitecaps with two goals this season.

“We need to keep this streak on. It’s OK, we cannot win every game, but it’s good that when we cannot win, we tie,” Whitecaps coach Vanni Sartini said.