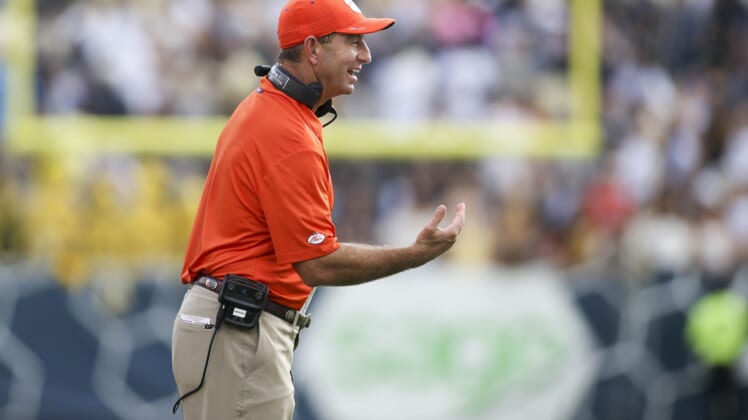 The most popular topic in college football is whether the FBS should expand the playoff. Clemson coach Dabo Swinney is among the naysayers.

According to Teddy Greenstein of the Chicago Tribune, Swinney said he’s in favor of keeping the four-team tournament to preserve what makes college football unique.

Expand the playoff, he said, and you lose the uniqueness of college football: “I love what we have.”

Swinney also defended the bowl system as a whole, saying “what’s wrong with 40 teams ending their seasons with wins?”

But Clemson won’t be in the College Football Playoff year. While the program is riding a four-year streak of reaching the national semifinals, expansion could allow a little more room for Swinney’s teams in the future.

Instead, count Swinney among the coaches who oppose expansion — something Washington State’s Mike Leach has repeatedly trumpeted.