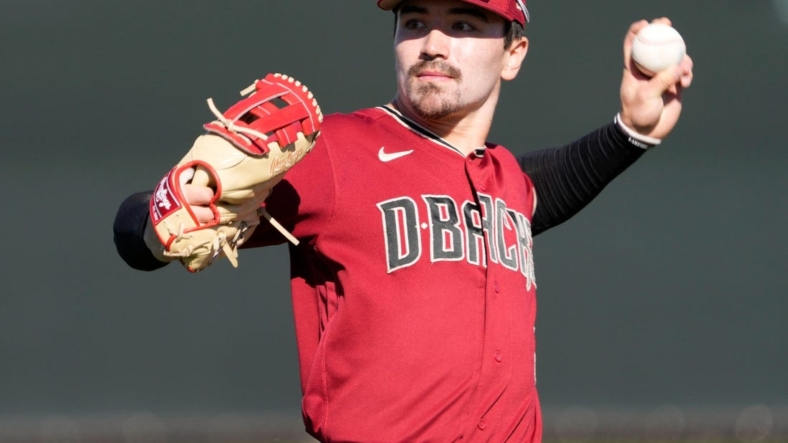 The Arizona Diamondbacks officially recalled outfielder Corbin Carroll from Triple-A Reno and the club’s top prospect is set to make his major league debut Monday against the visiting Philadelphia Phillies.

Carroll also was ranked the No. 1 prospect in baseball by ESPN and The Athletic, as well as No. 3 by MLB Pipeline and No. 5 by Baseball America. He was a first-round draft pick by Arizona in 2019.

The 22-year-old Seattle native was batting .307 this year with 24 home runs, 62 RBIs and 31 stolen bases in 93 games across three levels of the minor leagues — Rookie League, Double-A and Triple-A. He was top 10 among all full-season minor leaguers in combined OPS (1.036) and slugging percentage (.611).

The Diamondbacks already had optioned outfielder Jordan Luplow to Reno on Sunday in order to open a roster spot. In his first season with the club, Luplow was batting .163 with 11 homers and 27 RBIs over 73 games.

The Diamondbacks are coming off a three-game sweep of the Chicago White Sox heading into their homestand against Philadelphia and the Milwaukee Brewers.