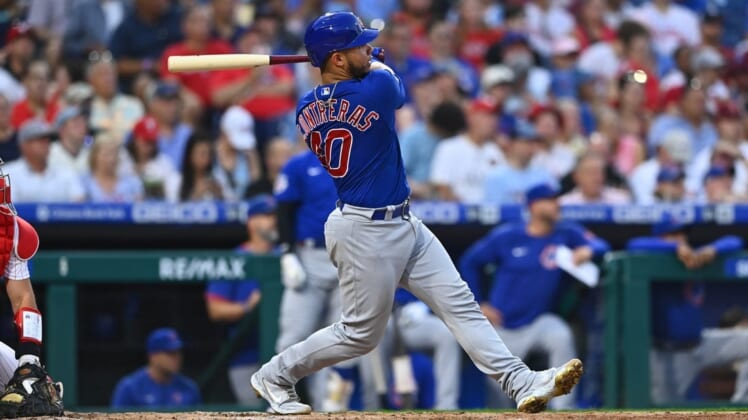 Ian Happ contributed four hits and two RBIs, Nico Hoerner added a two-run double and Christopher Morel had three hits and an RBI for the Cubs.

The Cubs, who had lost nine of 10 before the All-Star break, accumulated 19 hits.

Kyle Schwarber hit a solo home run for the Phillies, who had their three-game winning streak snapped. The Phillies swept a three-game series on the road against the Miami Marlins before the All-Star break.

Darick Hall homered with two outs in the ninth inning.

Phillies starter Kyle Gibson (5-4) lasted only 4 1/3 innings and allowed six hits and six runs to go along with three walks and no strikeouts.

The Phillies went ahead 1-0 in the first inning, with Schwarber blasting the first pitch he saw from Steele for a home run to right. It was Schwarber’s 30th homer of the season.

In the fourth, Contreras ripped a solo homer to left — his first since June 29 — to tie the game at 1.

The Cubs took a 3-1 advantage in the fifth when Morel hit an RBI double to left and then scored on a throwing error by Rhys Hoskins. Happ soon followed with an RBI single, Hoerner added a two-run double and Patrick Wisdom contributed an RBI double as Chicago pulled ahead by six runs.

Velazquez, pinch-hitting for Rafael Ortega, produced a two-run homer in the eighth off JoJo Romero for a 9-1 advantage. Happ made it 10-1 with an RBI single three batters later.

Velazquez added a three-run homer off position player Garrett Stubbs in the ninth. Suzuki then hit a two-run blast for a 15-1 advantage.