Cubs president: Jason Heyward will not be back in 2023 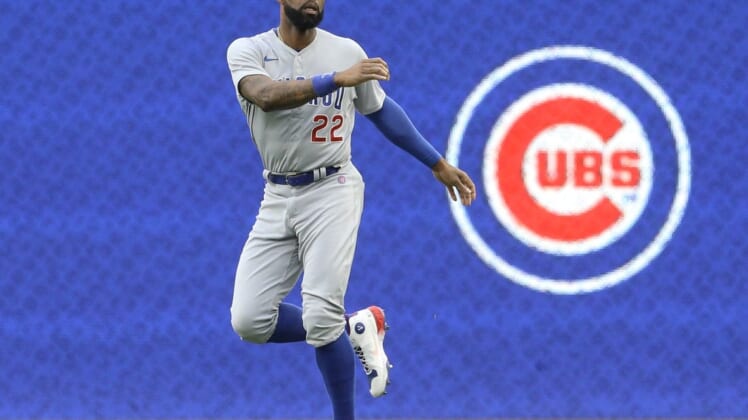 Injured outfielder Jason Heyward, a respected veteran who helped the Chicago Cubs win the 2016 World Series, will not return to the team next season.

While speaking to reporters prior to Monday’s home game against the Washington Nationals, Cubs president of baseball operations Jed Hoyer said that Heyward would not be back with the team in 2023.

It would be Heyward’s final season of an eight-year, $184 million contract he signed before the 2016 season — the year the Cubs finally broke their 108-year World Series drought. The team still owes him $22 million for next season after plans to release him this winter.

Heyward, who has not seen action since June 24 because of a knee injury, will remain present with the team through the end of this season despite expectations that he will not be healthy enough to play.

“Jason and I have talked a lot about where things are going in the future,” Hoyer said. “And I think for next year, we’re not going to have him as part of the team. We’ll go our separate directions.

“I’ve had a pretty open dialogue with him about this. Jason’s a fantastic human being. He doesn’t like it, but certainly understands where we are. I think it’s been a frustrating last year and a half.

Heyward, who turns 33 on Tuesday, is often credited for inspiring the Cubs with a fiery locker-room speech to teammates during a rain delay in Game 7 of the World Series against Cleveland, a game the Cubs won 8-7 in 10 innings for their first championship since 1908.

“”In a lot of ways, he was an emotional leader of a group of players that broke the curse here and provided fans with memories for a lifetime,” Hoyer said of Heyward. “He should be remembered that way, as well.”

In 48 games this season, Heyward is batting .204 with one home run and 10 RBIs. Now in his seventh season with Chicago after previous stints with the Atlanta Braves (2010-14) and St. Louis Cardinals (2015), Heyward is a lifetime .257 hitter with 159 career homers and 641 RBIs along with five Gold Glove awards.