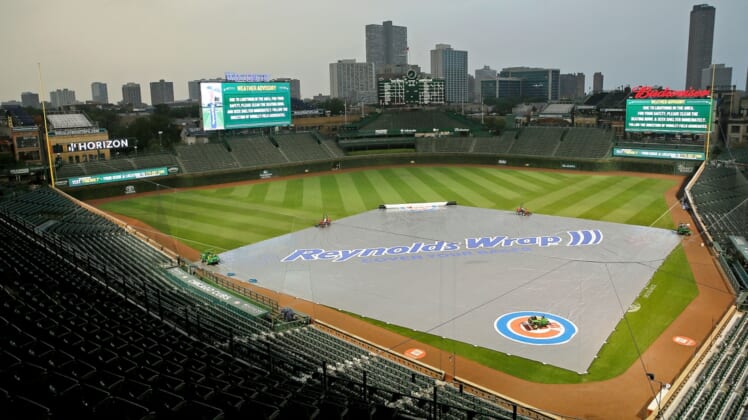 Friday’s game between the Chicago Cubs and Los Angeles Dodgers at Wrigley Field has been postponed because of inclement weather.

The game will be made up Saturday at 6:40 p.m. CT as the second game of a split doubleheader. The start time for Saturday’s originally scheduled game was moved to 12:05 p.m.

This weekend is the Dodgers’ only visit to Wrigley Field this season.