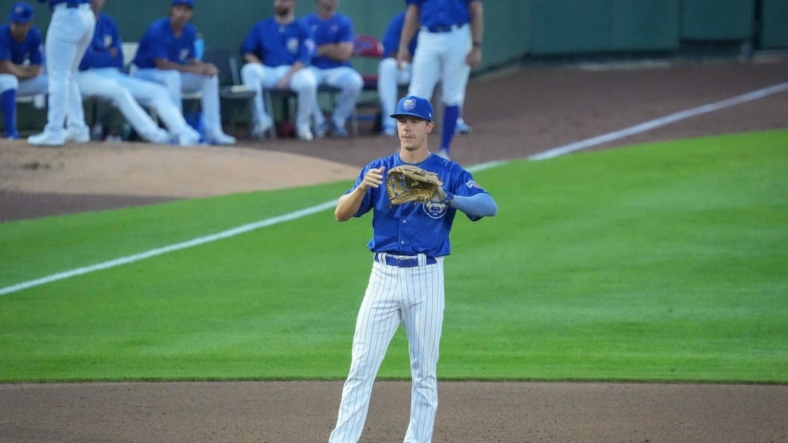 The Chicago Cubs called up infielder/outfielder Jared Young to the major leagues for the first time Wednesday, one day after outfielder Rafael Ortega was lost for the season with a fractured left ring finger.