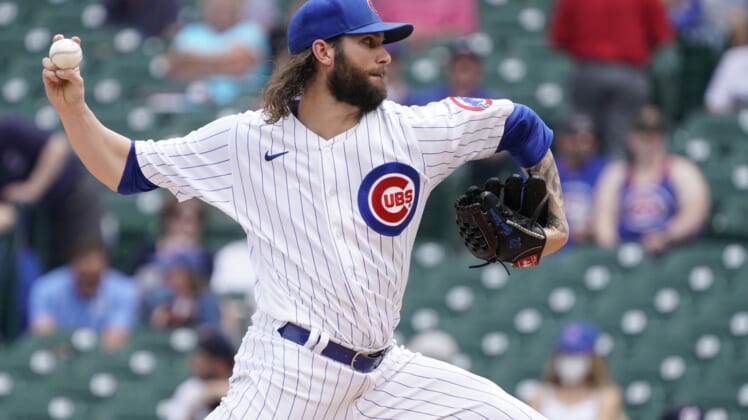 The struggling Chicago Cubs activated right-hander Trevor Williams from the 10-day injured list Tuesday after he recovered from an emergency appendectomy that sidelined him for more than a month.

Williams, whose 10 previous appearances this year were all as a starter, entered in relief Tuesday night against the visiting Philadelphia Phillies.

The Cubs, losers of 10 consecutive games entering play Tuesday night, are limping to the All-Star break. Williams, who was placed on the IL on May 31, will fill the Stewart’s long-relief role in the interim, according to manager David Ross.

“Right now we’re just thin, and he was the guy that’s here,” Ross said, per the Chicago Tribune. “Having some length on the back side of a game, we’ll kind of assess as the All-Star break approaches. Things changed really fast from plans last night. So he’s in the bullpen as of right now.

“If we need some length, we have him down there. And if it goes too long, we’ll try to make a plan for him at that point.”

Alcantara, who turns 25 on Saturday, hit .179 with two homers and four RBIs in 30 games earlier this season. He made his big league debut with the Detroit Tigers in 2020, playing in 10 games.

Alcantara will help fill the void from the 35-year-old Sogard, who hurt his thumb when making a fielding error in the eighth inning of the Cubs’ Monday loss to the Phillies. He is hitting .250 this season with one home run and 11 RBIs in 73 games, and he also saw mop-up mound action three times in the past eight games.