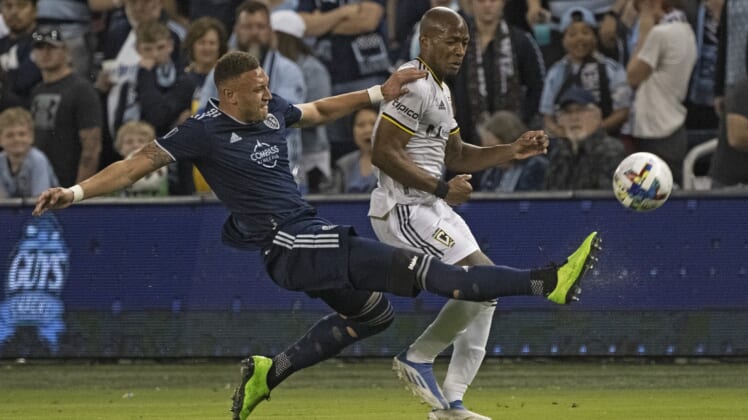 The Columbus Crew’s scoring woes continued but they ended a three-game losing streak with a 0-0 tie against host Sporting Kansas City on Saturday.

Columbus (2-3-3, 9 points) has not scored in the past four MLS matches, and it has three losses and two ties in the past five games.

Tim Melia had one save for SKC, which is 7-1-3 vs. the Crew since the 2013 season. Eloy Room made three saves for Columbus.

The match was in the 77th minute when it went into a 47-minute weather delay.

It has been a trying stretch for the Crew. They were upset by second division Detroit City FC in the U.S. Open Cup on Tuesday followed three days later by the startling trade of one of their most productive scorers in history.

U.S. national team forward Gyasi Zardes was dealt to the Colorado Rapids for general allocation money up to $1.4 million that Columbus will use this summer to acquire another designated player.

Zardes scored 54 goals in 110 games for the Crew and was part of the 2020 MLS Cup championship team. He had one goal in seven games (one start) this season.

Columbus was also without injured leading scorer Lucas Zelarayan (right knee), who had scored four and assisted on two of the team’s first 10 goals.

While SKC had 70 percent of the possession in the first half, it didn’t lead to any dangerous chances until the second minute of stoppage time.

That’s when Graham Zusi sent a free kick into the middle of the box where Khiry Shelton snapped a header that was targeted for the lower right corner of the net.

The attempt almost reached its destination but Room made a diving save, snuffing Sporting Kansas City’s only shot of the half.