Crazy stats show how unbelievably dominant the Patriots have been 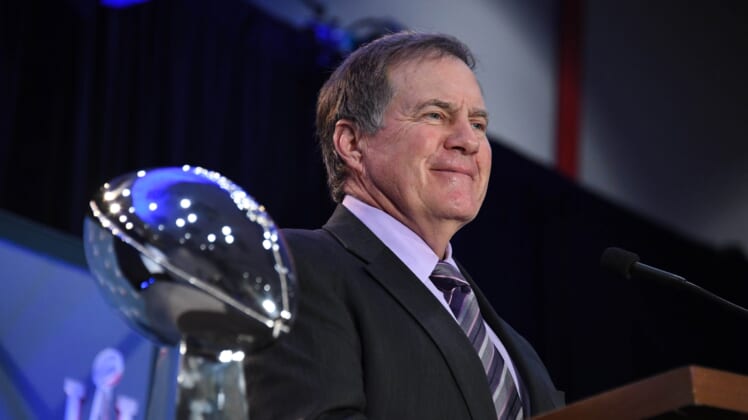 By now, it’s just assumed the New England Patriots are going to be a championship contender every season. And that’s not changing until Bill Belichick and/or Tom Brady call it quits. But here’s a crazy bit of information that really highlights just how dominant this team has been in recent years.

Looking back at the team’s recent history, however, it makes perfect sense. The Patriots are about to play in their seventh straight AFC Championship Game. SEVEN! In the past six years, of course, New England has won two championships and lost another, losing the other three conference title games.

New England has made the playoffs nine seasons in a row, which is (by far) the best running streak in the NFL. During this stretch, the Patriots have averaged over 12 wins per season, which is also a staggering number.

It’s also worth noting that, during this stretch of dominance, the Patriots have dealt with plenty of drama and have been written off early in seasons on more than one occasion. Yet there are some out there who think the dynasty is crumbling and that Brady, Belichick and owner Robert Kraft are somehow going to implode. Yeah, I’ll take a pass on that theory. They’ll make adjustments like they always do, and the dynasty will stay alive until Brady is done playing.

If New England wins Sunday against Jacksonville, then the Patriots will compete in their 10th Super Bowl and eighth in the Brady/Belichick era. That is just stunning.