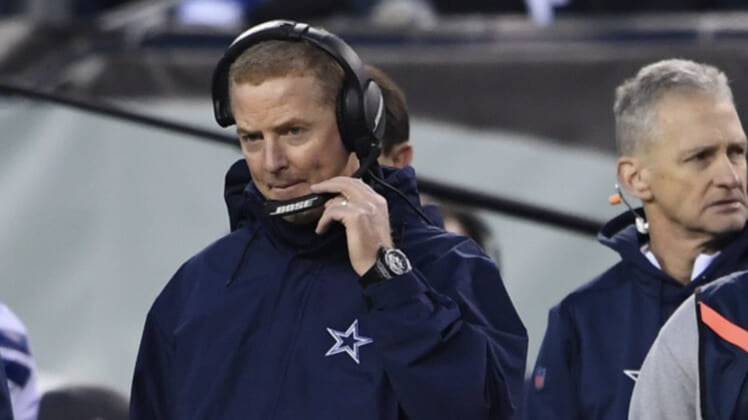 The Dallas Cowboys’ coaching staff embarrassed itself in a 17-9 loss to the Philadelphia Eagles on Sunday afternoon.

Dallas could have clinched the NFC East with a win. Instead, it came out flat on the offensive side of the ball and put up an uninspired game plan.

With Dallas now on the brink of missing out on the playoffs, Jason Garrett’s performance as the team’s head coach is coming under even more scrutiny.

That included Garrett deciding to “bench” Amari Cooper with the game and the season on the line in the fourth quarter.

Following the game, NFL Media’s Jane Slater explained that Cooper was not benched. Rather, Dallas thought Tavon Austin provided the offense with a better matchup.

This is a real story. And it’s all sorts of crazy.

Let’s get this straight. Dallas decided to rely on a receiver in Austin who entered Week 16 having recorded 11 receptions on the season. He replaced the team’s leading receiver (1,073 yards heading into Week 16).

If owner Jerry Jones needed another reason to give Garrett his walking papers, you’re looking at it right here.