Cowboys to use franchise tag on Dak Prescott? 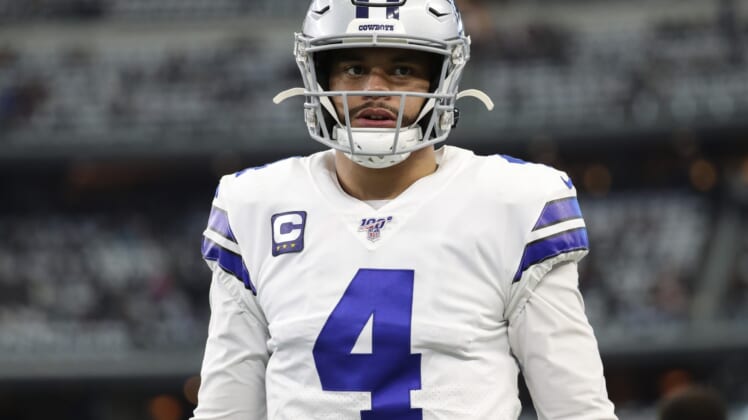 The Dallas Cowboys have not been able to make headway in contract extension talks with Pro Bowl quarterback Dak Prescott.

While Dallas seems confident something will get done ahead of free agency next month, Prescott himself is openly frustrated about the process.

This won’t help matters much. According to ESPN’s Adam Schefter, Dallas will place the dreaded franchise tag on Prescott if the two sides are not able to come to terms on a long-term deal.

The franchise tag value for the 2020 season is expected to be near $27 million. That would be a whole lot less in terms of guaranteed cash than if Prescott were to sign a long-term contract.

This also raises another major problem. If the Cowboys were to hand Prescott the franchise tag, that almost guarantees fellow Pro Bowl receiver Amari Cooper would hit free agency on March 18.

Like Prescott, Cooper has not been able to come to terms on a long-term deal with Dallas.