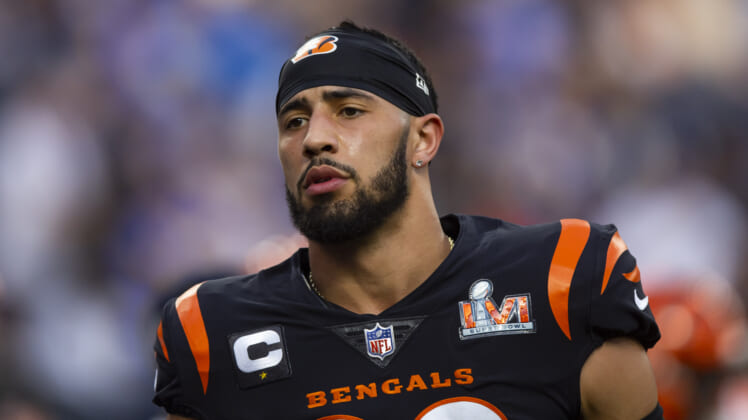 Could the Cincinnati Bengals really move on from one of their most impactful defensive starters from their AFC Championship team? With Jessie Bates III being slapped with the franchise tag this offseason, and the safety having yet to sign on the dotted line, a divorce could be on the way.

Officially, Bates has until July 15 at 1 PM ET to get a long-term extension worked out with the Bengals, and he’s one of four franchise tagged players in a similar scenario. But as Mike Garafolo reports, Bates seems the furthest apart from finding common ground with his team.

Garafolo notes Minkah Fitzpatrick who recently signed an extension earning him $18.24 per season, and he doesn’t anticipate the Bengals coming anywhere close to that number. In fact, he even suggests a positive outcome between the Bengals’ front office and Bates ‘appears bleak’.

For his part, Jessie Bates doesn’t want to play under the franchise tag, which could be why he hasn’t signed yet. From Cincinnati’s perspective, well, they’re a small-market team who may not want to pay Bates top dollar. Why should Bates take anything less than a contract that pays him among the top-five highest paid players at his position?

He may not have made a Pro Bowl team yet in his four-year career, but that’s likely a product of being on a non-competitive Bengals squad for his first three seasons. He racked up 100 tackles in each of his first three years and is even a team captain. He’s a big part of their success.

For the Bengals to try and pinch pennies here isn’t ideal. They should just pay Bates with a long-term extension that nears the current $12.9 million franchise tag, only annually. But we don’t know what Bates is seeking on his next deal, maybe he’s asking for the moon.

While they selected safety Daxton Hill with the 31st pick in April, there’s no guarantee he pans out. But then again, maybe the selection was made with the knowledge that their contract discussions with Bates weren’t going well. We should have a conclusion to this situation soon enough.