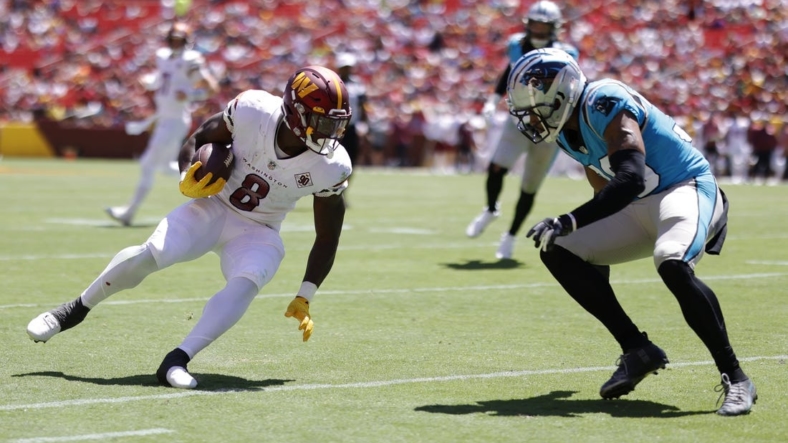 Washington Commanders rookie running back Brian Robinson has resumed practicing this week, less than three weeks after he was the victim of a shooting in Washington, D.C.

Robinson, 23, was shot in the glute and leg during an attempted robbery or carjacking on Aug. 28. The 2022 third-round pick underwent surgery that night and was released from the hospital the next day.

On Wednesday, Robinson made his first appearance back at the practice field, doing light work on the side with other injured players. And Thursday, Robinson posted videos to his Instagram story showing him running individual agility drills in sweats.

He’s already back on the practice field ?? @BrianR_4 pic.twitter.com/zDZ1s4OuGX

Washington placed Robinson on the reserve/non-football injury list before the season, meaning the earliest he could play for the team is Week 5. The Alabama product was projected to be a major part of the Commanders’ rushing attack after a good preseason.