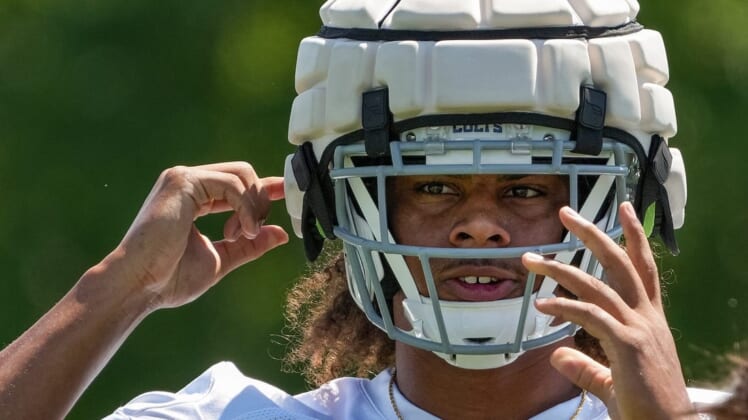 The Indianapolis Colts placed rookie tight end Drew Ogletree on injured reserve with a knee injury on Thursday, meaning he’ll be out for the season.

He sustained the non-contact injury during a joint practice on Wednesday with the Detroit Lions. The Athletic reported he tore an ACL.

Ogletree, a sixth-round draft pick from Youngstown State, had impressed the coaching staff in camp and appeared to have earned a role in the Matt Ryan-led offense in 2022. He had been working with the first-team offense in practice.

“Tough, tough guy, though,” head coach Frank Reich said of Ogletree, per the team’s website. “Just going up to him (after the injury), he’s already wanting to get himself off to the sidelines so the team could play. That kind of stuff — that’s a guy we want. That’s a guy we want.”

“Everything happens for a reason,” he said. “I appreciate all the love and prayers sent my way! Just another chapter to the book!”

The Colts open the season Sept. 11 in Houston against the Texans.