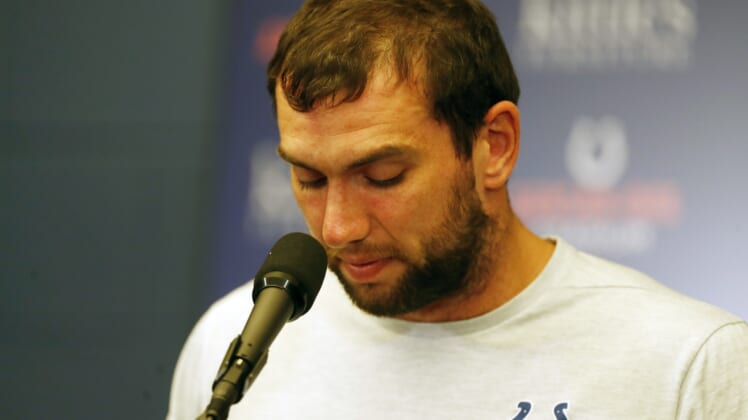 Some Indianapolis Colts fans showed themselves to be classless following the abrupt retirement of franchise quarterback Andrew Luck.

That included fans booing him off the field following Saturday night’s game. Others decided to simply burn his jerseys.

It has not been a great look for the fan base, and it’s not going to die down any time soon.

According to Zak Keefer of The Athletic, the Colts are already receiving phone calls from fans demanding a refund on their season tickets.

This seems to be a bit absurd on the surface. That’s until we realize fans were paying a premium to see a potential Super Bowl contender with Mr. Luck under center.

Perhaps more so than any quarterback not named Aaron Rodgers, Tom Brady and Drew Brees, Luck was the biggest difference maker at that position in the NFL.

Indianapolis won a grand total of four games with Luck out of action throughout the 2017 season. Once he returned last year, the team won 10 games and earned a playoff appearance.

Whether the Colts will in fact offer refunds remains to be seen. But we wouldn’t bank on it.